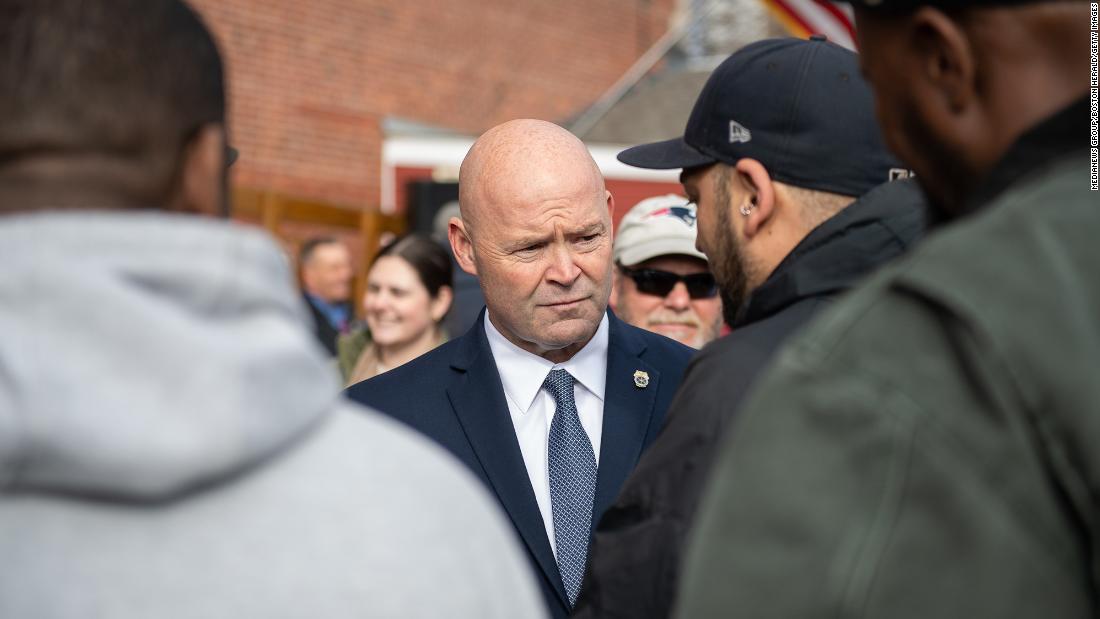 O’Brien, a self-described “militant,” is vowing to take a much harsher line with employers than his predecessor did. And that could lead to a strike at the nation’s largest union employer when the Teamsters’ UPS (UPS) contract expires on July 31 2023.

If that happens, it would be the nation’s largest and most disruptive strike in several decades.

The Teamsters union no longer has a chokehold on the nation’s trucking system, as it did in the 1960s when Hoffa’s father ran it. But it still represents 327,000 employees at UPS, by far the nation’s largest trucking and supply management company.

O’Brien seems to be spoiling for a fight. “You don’t go into any situation wanting a strike,” he told CNN Business this week. “But these employers have to understand we’re not going to be afraid to pull that trigger if necessary.”

He points to UPS’s record profits and the union’s $350 million strike fund in discussing the dynamics of upcoming talks, negotiations that he intends to lead himself, something his predecessors never did.

“UPS has been successful. We’re going to capitalize on that success,” O’Brien said. “People are sick of seeing these corporations making billions in profits and not sharing the wealth.”

Despite record profits UPS says it needs a competitive deal

UPS wouldn’t comment directly on O’Brien’s stance, but said the company believes it can find a way to work with the union.

“UPS and the Teamsters have worked cooperatively for almost 100 years to meet the needs of UPS employees, customers and the communities where we live and work,” the company said in a statement to CNN Business. “We believe we’ll continue to find common ground with the Teamsters and reach an agreement that’s good for everyone involved.”

The company statement seems to imply it will not agree to undo some of its gains in previous contracts that upset critics of Teamster leadership like O’Brien, such as the two-tier wage system for some union members at UPS.

“The delivery and logistics industry is becoming more and more competitive. Our focus during negotiations will be to agree on a contract that provides the flexibility UPS needs to maintain its industry-leading track record of reliable service,” the company added.

Some outside observers believe a strike at UPS next year is unavoidable.

“I don’t have a crystal ball, but unless UPS is reading the writing on the wall, a strike is almost certain,” said Todd Vachon, an assistant professor and director of labor education at Rutgers University.

Vachon points to other recent strikes, where workers rejected lucrative tentative pacts between their own union leadership and company management.

Last year, about 10,000 members of the United Auto Workers union twice voted down such agreements at farm and construction equipment maker John Deere & Co. (DE), as that company was reporting record profits. Union members stayed on strike for five weeks before finally accepting a deal that gave them an immediate 10% raise, an $8,500 signing bonus, additional fixed raises, lump sum payments and cost-of-living raises.
“I think these upcoming UPS talks rhymes a lot with John Deere,” Vachon said. O’Brien’s election is just the latest sign of growing militancy among rank-and-file union members, he added.

The current contract at UPS was put place in 2018 over the objections of 54% of rank-and-file Teamsters who voted against it. The union’s rules at the time allowed the pact to go into effect if fewer than two-thirds of all members participated in the ratification vote.

The unpopular deal was a major factor in O’Brien’s election in November. He defeated a Hoffa-backed candidate after Hoffa chose not to seek another term.

Brown trucks carrying 6% of US GDP

A strike at UPS would be big enough to take a bite out of the overall US economy. UPS estimates its trucks carry more than 6% of the US gross domestic product, the broadest measure of the nation’s economic activity. The company also handles 2% of global GDP.

UPS has grown significantly since its last strike, a 16-day walkout in 1997, when the union represented 180,000 employees. It was the largest US work stoppage in 30 years, according to Labor Department statistics.

A UPS strike now would be the largest in decades— and perhaps the largest US strike ever against a single corporation.

O’Brien’s background is far different from James Hoffa’s, who was a union lawyer before becoming president. O’Brien is a fourth generation Teamster who joined the union at age 18 as a heavy-equipment driver in the greater Boston area.

“One thing is we’ll have a leader who has worked his way up through the rank and file,” O’Brien said when asked about the biggest difference between him and his predecessor.

O’Brien is pleased by recent signs of strength in the US labor movement, and believes the current environment is likely to be a tipping point in labor-management relations after years of unions accepting concessions, such as two-tier wage systems.

“There’s an appetite to fight the boss,” O’Brien said. “[Workers] want to reap the benefits of their labor and not be a victim of the bottom line of a balance sheet.”