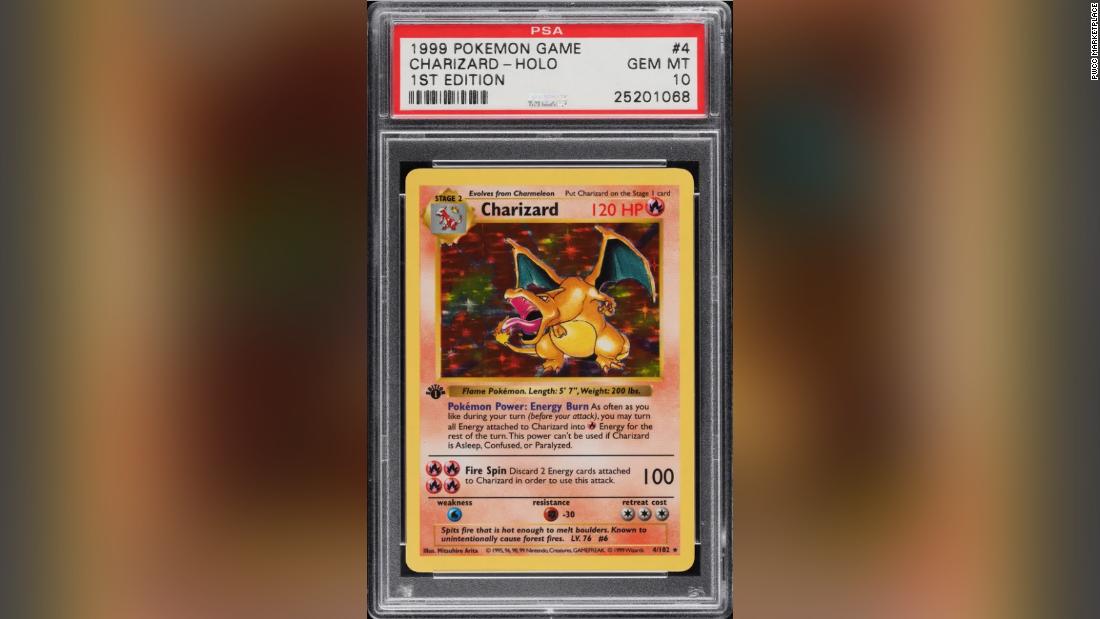 The rare 1999 Pokémon Base Set Shadowless 1st Edition Holo Charizard card was sold last week in the PWCC March Premier Auction. “The sale sets the all-time record for a base set Charizard card,” the auction house said in a statement.

What makes the card so unique is its perfect PSA 10 Gem Mint grading. Even though there are 3,000 copies of the card, only 121 have been given that designation, according to PWCC.

“This is a card where demand continues to outweigh supply,” Jesse Craig, director of business development for PWCC, told CNN.

The card game, based on the popular Pokémon media franchise, has attracted collectors from all over the world, with many paying top dollar for rare cards. “Pokémon is the world’s leading media brand and Charizard is the GOAT of that brand. It’s an asset that Pokémon and non-Pokémon collectors know of and want to own,” Craig said.