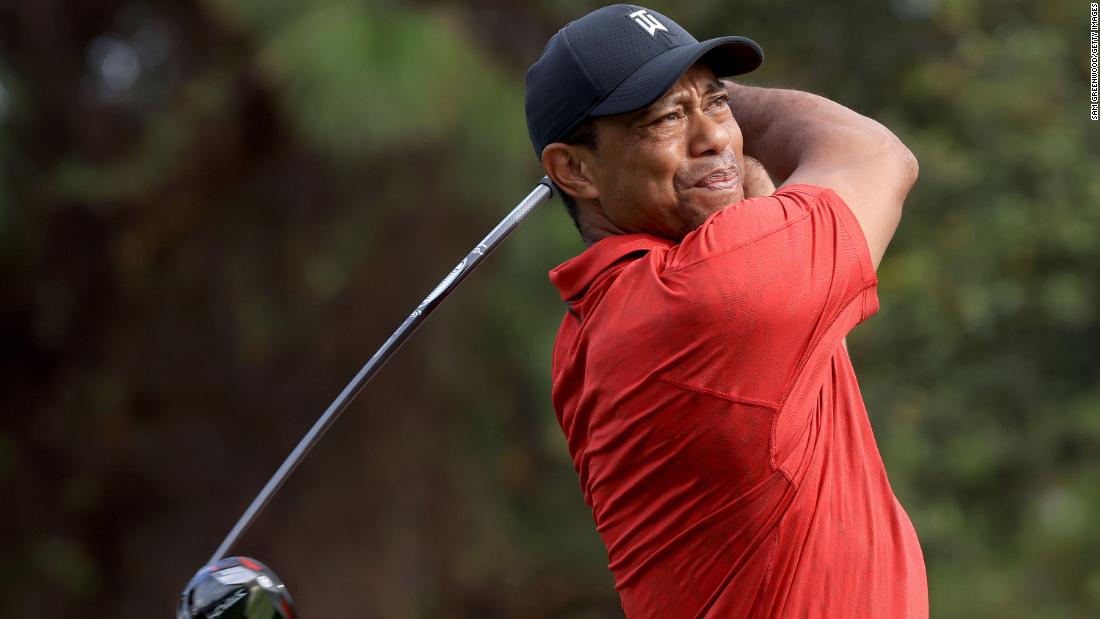 “I will be heading up to Augusta today to continue my preparation and practice,” Woods wrote on Twitter Sunday. “It will be a game-time decision on whether I compete.”

The 15-time major winner, who suffered serious leg injuries in a single-vehicle crash in February 2021, has not played an official tournament since the 2020 Masters in November of that year.

Woods’ only appearance in competitive golf since the crash was in December 2021 alongside son Charlie at the PNC Championship at the Ritz-Carlton Golf Club Orlando, Grande Lakes in Florida, where Woods and his son finished second.

The 46-year-old told Golf Digest in November last year he would “never” again compete on the PGA Tour full time, but would instead “pick and choose” events.

“You practice around that, and you gear yourself up for that,” he said. “And you play. I think that’s how I’m going to have to play it from now on.

“It’s an unfortunate reality, but it’s my reality. And I understand it, and I accept it.”