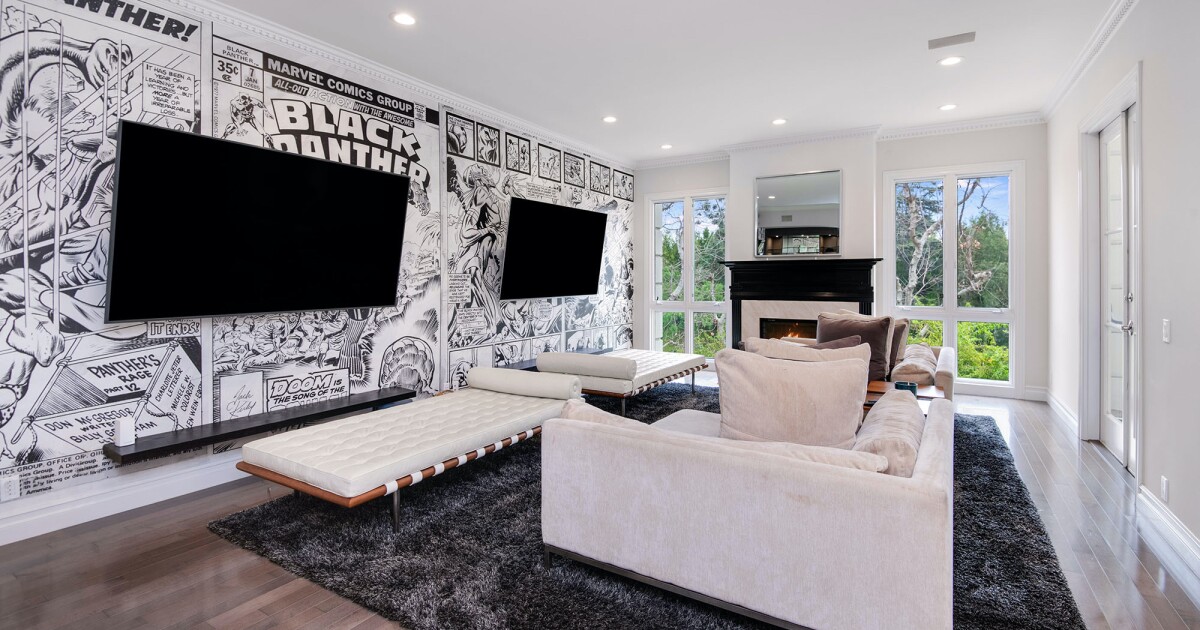 After relocating to the East Coast, Toni Braxton is tuning into the Century City market. The Grammy-winning R&B star just listed two condos in the same building: one for $3.35 million and one for $2.85 million.

She bought both of them in 2018, records show. Located in the French-themed Le Parc complex overlooking Hillcrest Country Club, both units are 2,240 square feet.

The pricier one is a penthouse that comes with 14-foot ceilings and a handful of custom finishes. Brazilian mahogany lines the floors, and the kitchen adds black polished granite. Elsewhere are two bedrooms, 3.5 bathrooms, three fireplaces and two balconies set among columns and custom moldings.

The lower-priced unit sits a floor below and offers a more modern style with hardwood floors covering clean, white common spaces. A highlight comes in the living room complete with a “Black Panther” comic-themed accent wall.

According to the listing, the units can be purchased together along with all designer furnishings. Building amenities include guard-gated security, multiple swimming pools, spas, tennis courts, a gym and clubhouse.

One of the bestselling female R&B artists of all-time, Braxton has sold more than 70 million records and won seven Grammy Awards. Her hits include “Breathe Again,” “You’re Makin’ Me High” and “He Wasn’t Man Enough.” In 2020, she released her ninth studio album titled “Spell My Name.”