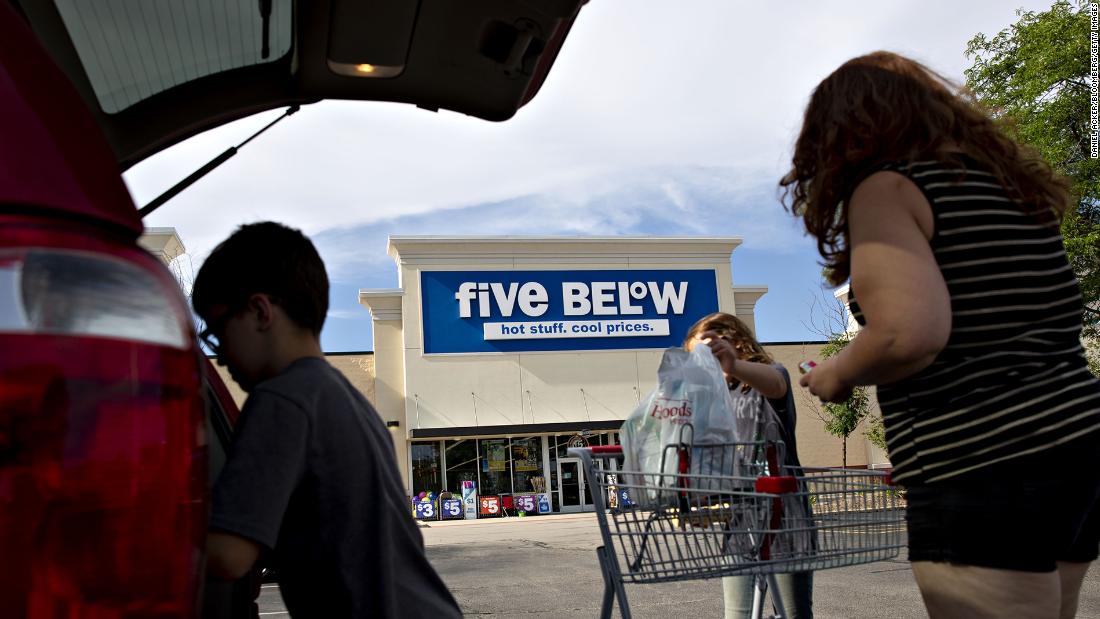 Five Below, as its name suggests, sells most of its toys, games, room decorations and tech accessories for less than $5. The company said Wednesday that it plans to open 1,000 new stores over the next three years.

The chain has been opening hundreds of stores annually in recent years to step into the void left by Toys “R” Us and woo shoppers hunting for discounts. Five Below, which targets teens and tweens as its key customers and has roughly 1,200 locations currently, sees an opportunity to add another 2,500 new stores by 2030.

The chain’s latest growth push also reflects the larger boom of discount stores. The sector has been somewhat immune to the rise of online shopping and other challenges plaguing many brick-and-mortar retailers.

Last year, for example, three dollar store chains accounted for almost half of all the new stores opened in the United States.

Bargain clothing outlets such as TJ Maxx and Burlington, discount grocers including Aldi and others are also opening hundreds of new stores each year.

Appealing to teens and tweens

Five Below’s locations are relatively small and the chain describes itself as a “high-energy retail concept” in regulatory filings. Its tagline: “Let Go & Have Fun.”

Sporting goods, games, toys, tech gadgets, books, electronic accessories and arts and crafts make up around half of Five Below’s approximately $3 billion in annual sales. T-shirts, beauty offerings and home goods account for around 30%, while party and seasonal goods, greeting cards, candy and snacks make up the rest.

Five Below has recently moved into new product areas, such as esports, and partnered with Instacart to offer home delivery.

The company looks to distinguish itself from competitors like dollar stores, big box chains and Amazon by focusing on wooing a targeted slice of shoppers.

“We monitor trends in the ever-changing tween and teen markets and are able to quickly identify and respond,” the company said in filings. “Our price points enable tweens and teens to shop independently, often using their own money.”

However, despite Five Below’s new store initiative and a 3.4% increase in comparable sales during its latest quarter, investors were not impressed: the chain’s stock fell around 5% Wednesday.