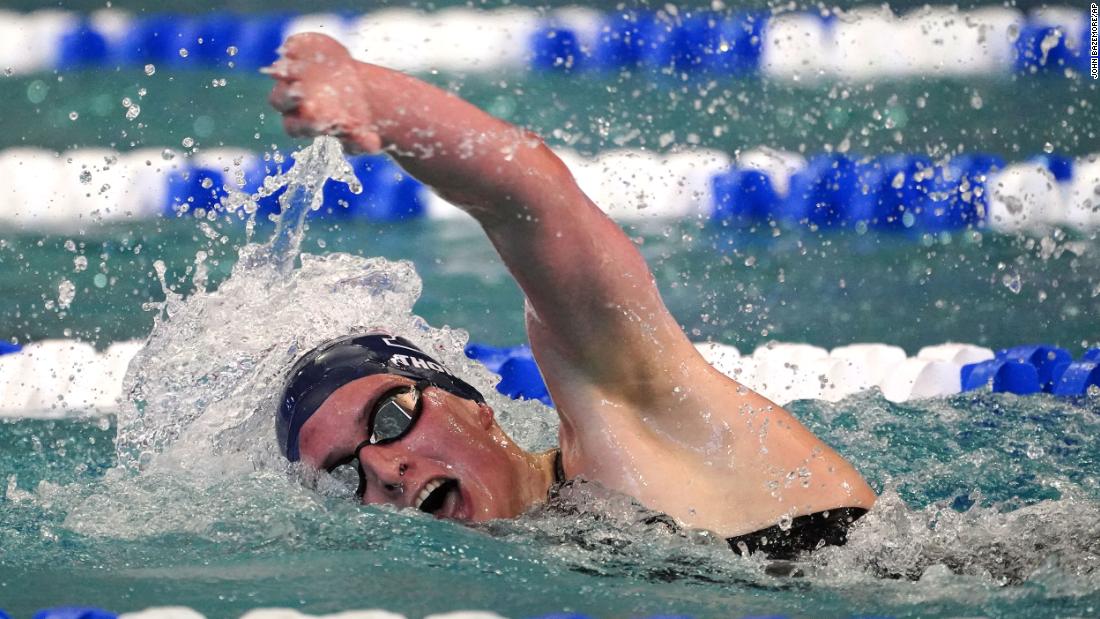 On Thursday, Thomas became the first transgender athlete to win an NCAA Division I title after finishing first in the women’s 500-yard freestyle event.

“It means the world to be here,” Thomas told ESPN after that race.

There were a few jeers from spectators in the venue, with one person yelling “cheater” as Thomas gave her interview.

Thomas, who previously swam for the men’s team at Penn, has come to personify the ongoing debate on trans women’s participation in sports and the balance between inclusion and fair play.
With Thursday’s victory, Thomas is the first transgender athlete to win a D-I title in any sport. CeCé Telfer was the first transgender athlete to win an NCAA title of any kind when she won the 2019 Division II championship in the women’s 400-meter hurdles.
Thomas first launched into the public eye with a stunning performance at the Zippy Invitational in Ohio in December, when she set NCAA season best times in the 200-yard and 500-yard freestyle races. At the Ivy League women’s championships last month, she won the 100-yard, 200-yard and 500-yard freestyle races.
With success has come criticism about whether trans women should be allowed to compete in women’s sports. Her face has been prominently displayed on Fox News and right-wing news sites critical of society’s changing views on sex and gender.