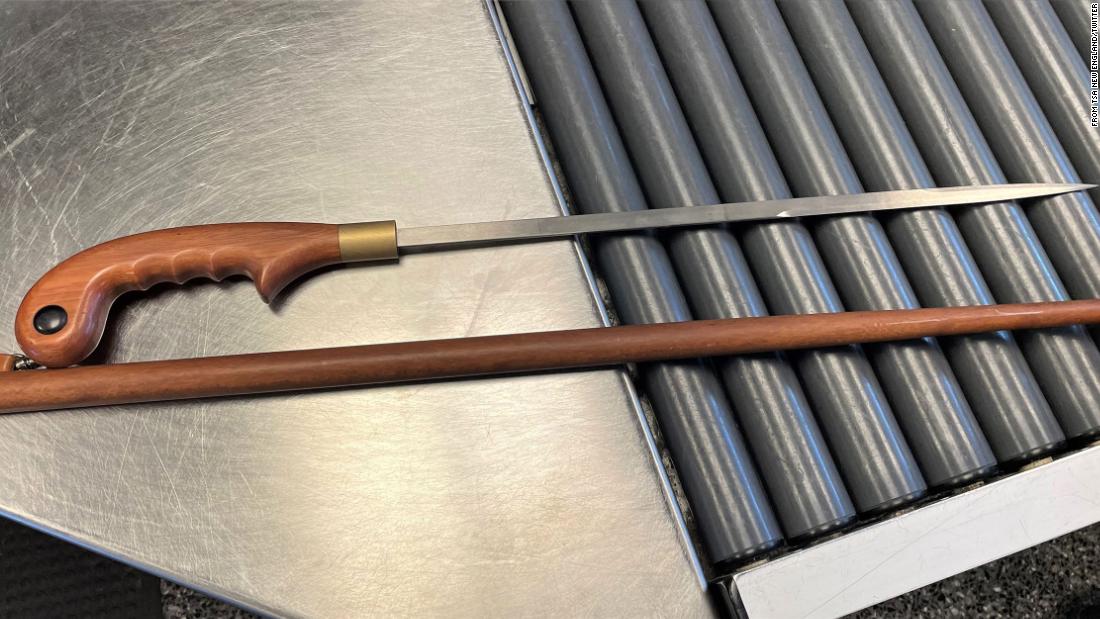 (CNN) — Someone isn’t getting through security.

The man said he “had no idea the blade was in there,” TSA spokesperson Dan Velez said in a tweet. After being questioned by Massachusetts State Police, the man surrendered the cane and was cleared to continue his travels.

It’s not uncommon for blades to be concealed in seemingly ordinary objects.

On Thursday, a passenger attempted to make it through airport security with a dagger concealed in a hairbrush handle at the Ithaca Tompkins Regional Airport, according to a tweet from TSA spokesperson Lisa Farbstein.