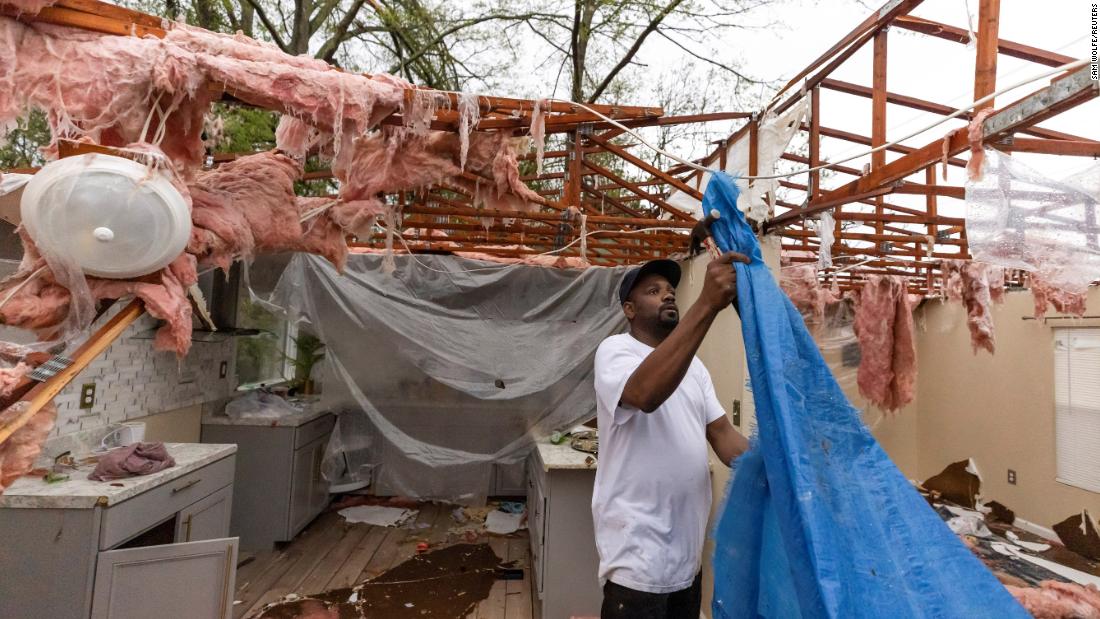 More than 45 million people are under an enhanced severe weather threat (level 3 of 5) across the Southeast, where parts of Georgia, Alabama, Tennessee and the western Carolinas could see damaging winds and a few tornadoes.

More than 2 million people in areas of Georgia and Florida are also under a flood watch Wednesday morning to Thursday morning. The forecast calls for 2 to 4 inches of widespread rainfall with some isolated areas getting around 5 inches.

“Conditions for the Southeast will begin to deteriorate as the storms begin to pop up as early as 10:30 a.m., with storms becoming more consistent starting at 2:00 p.m. and continuing into the evening and early Thursday morning,” CNN meteorologist Rob Shackelford said.

The storm system comes as parts of the region are still in recovery mode from recent consecutive severe weather events, including tornadoes and treacherous thunderstorms.

Monday and Tuesday brought a double-whammy of severe storms and dozens of tornado reports across Texas, Georgia, South Carolina, Mississippi and Alabama — downing trees and power lines as well as damaging homes and businesses.

The storms Tuesday killed at least one person in Georgia and another person in Texas, local officials said.

A man in East Texas was killed when a tree fell on an RV in the community of Whitehouse, the Smith County emergency management coordinator said.

Another person died in Bryan County, Georgia, as severe weather swept through the area, local officials said. The county, which is near Savannah, declared a state of emergency due to the impacts of a tornado and set a curfew through early Wednesday morning, officials said.

An EF-2 tornado went through Johnson County, Texas, south of Fort Worth Monday evening, the National Weather Service said. The NWS also confirmed an EF-1 tornado in Collin County and an EF-0 tornado in Johnson County.

As the storm makes its way across the battered South, different areas will feel its effects at different times.

Beginning Wednesday around 10:30 a.m., the Atlanta metro area and the remainder of Georgia can expect to see the strongest possibility for tornadoes, damaging wind gusts and large hail, Shackelford said. These threats are expected to impact the state through midnight.

Later Wednesday, Nashville and parts of Alabama — including Montgomery and Birmingham — are also under the same triple-threat beginning at 1 p.m. through 11 p.m.

As for the Carolinas, the greatest threats are tornadoes and damaging winds, with less of a possibility for hail compared to their neighbor states — though it can’t be ruled out.