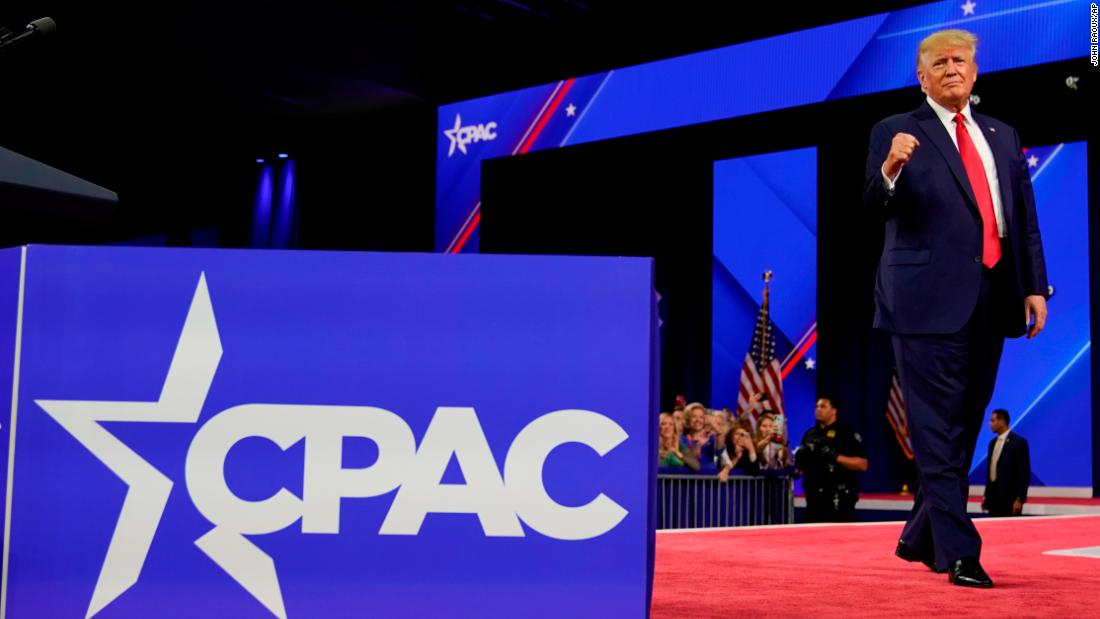 Among attendees as the Conservative Political Action Conference, 59% said they would vote for Trump if the 2024 Republican primary were held today.

Florida Gov. Ron DeSantis came in second with 28% of the vote in the poll. Former Secretary of State Mike Pompeo came in a distant third with 2% of the vote.

The straw poll, which covers conference attendees, is not a scientific survey and does not represent the larger GOP electorate.

While Trump breezed to the top of the potential Republican field, it was by a smaller margin than when CPAC conducted a similar straw poll last summer. During that informal poll in July 2021, Trump topped the GOP field with support from 70% of conference attendees, compared to 21% who selected DeSantis last year.

If Trump decides not to run in 2024, DeSantis emerged as the top pick for CPAC attendees this week.

In a Republican primary without Trump, DeSantis picked up support from 61% of CPAC attendees, followed by Pompeo and Donald Trump Jr., who each picked up 6% support.

Both Trump and DeSantis addressed the four-day conference of conservatives earlier this week. But in an indication of their increasingly fraught relationship, neither Trump nor DeSantis mentioned the other during their speeches.