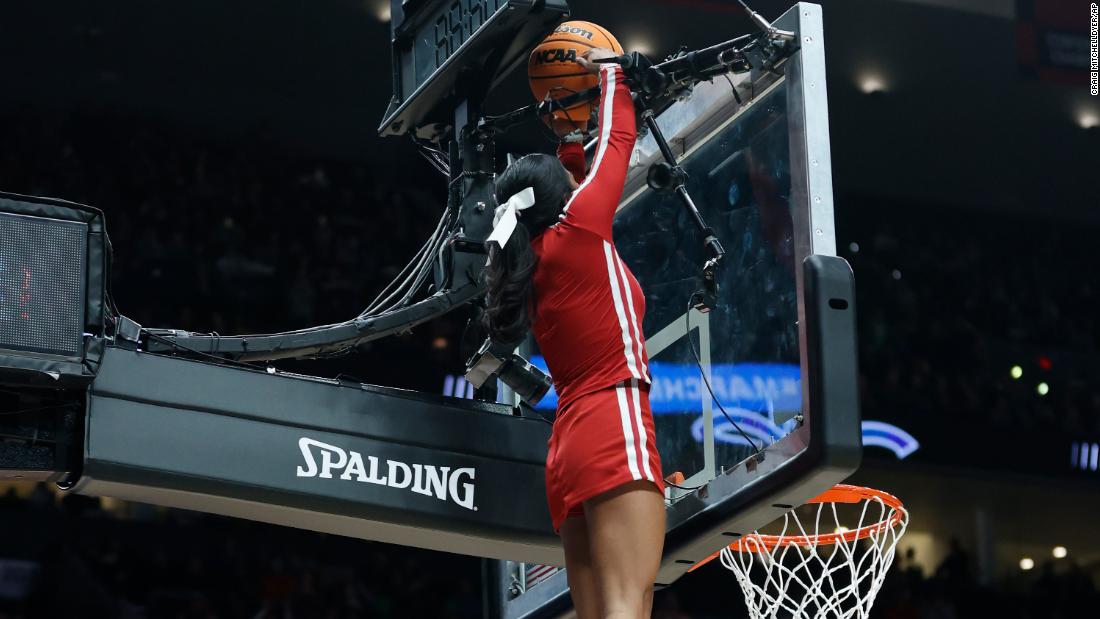 But two creative cheerleaders from Indiana sprang into action to rescue the ball after several failed attempts to reach it using a mop handle. Cassidy Cerny stood atop Nathan Paris’ hands and quickly removed the ball.

The official NCAA March Madness Twitter account applauded the cheerleaders’ play, writing, “The cheerleader saves the day.”
Video shows the exuberant crowd cheering as Cerny dislodges the ball and Paris carefully lowers her to the ground. A video of the maneuver has already reached over 700,000 views on YouTube.
During an interview after the game with March Madness host Andy Katz, Cerny said that she felt “very comfortable” in the air because of her experience regularly performing similar stunts in cheerleading routines.

“Every single day, we stunt together,” she said, adding that she trusts Paris “with my life.”

Unfortunately, the cheerleaders’ move wasn’t enough to bring the Hoosiers the win. Saint Mary’s won the match 82-53 and advanced to the second round of the NCAA tournament.