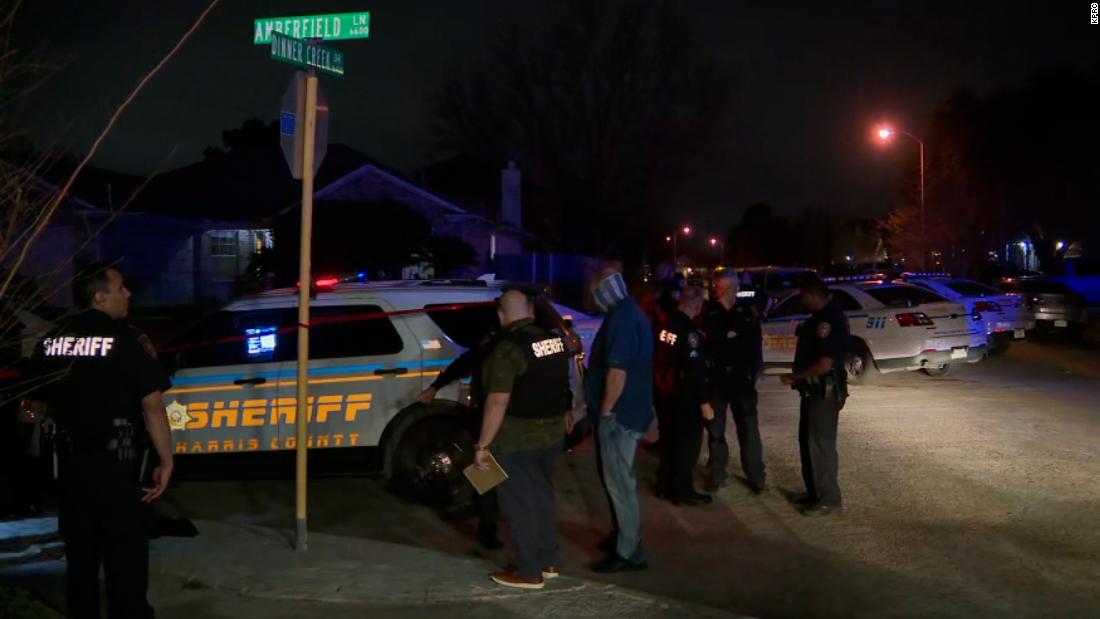 Both deputies were shot in a leg and one was also grazed in the head and left ear, Toquica said.

The shooting began as the deputies were responding to a call of shots fired at a home around 8 p.m.

“Basically they were ambushed. The suspect came out, pointed the weapon and began to discharge the weapon at the deputies, and they did what they are trained to do,” Toquica said. “They defended themselves and discharged their weapons, striking the suspect.”

The 911 call is believed to have come from the suspect’s brother at the house, according to Toquica.

The deputies, ages 27 and 28, are “in good spirits,” Gonzalez said. “A little shaken up, obviously, concerned for their families as well, so we’re giving them all the support we can at this point.”

The suspect was out on bond for aggravated assault of a family member in 2020, according to Toquica, who expressed frustration the suspect was able to get a weapon.

Gonzalez also expressed concern about the suspect being out on bond, saying, “We’ve seen far too much of this … and it’s concerning to everyone, including us, that somebody with that type of charge could be out.”

He added, “As we’ve said for a long time, we should consider risk when making these very important decisions that are putting others, including law enforcement, in harm’s way.”