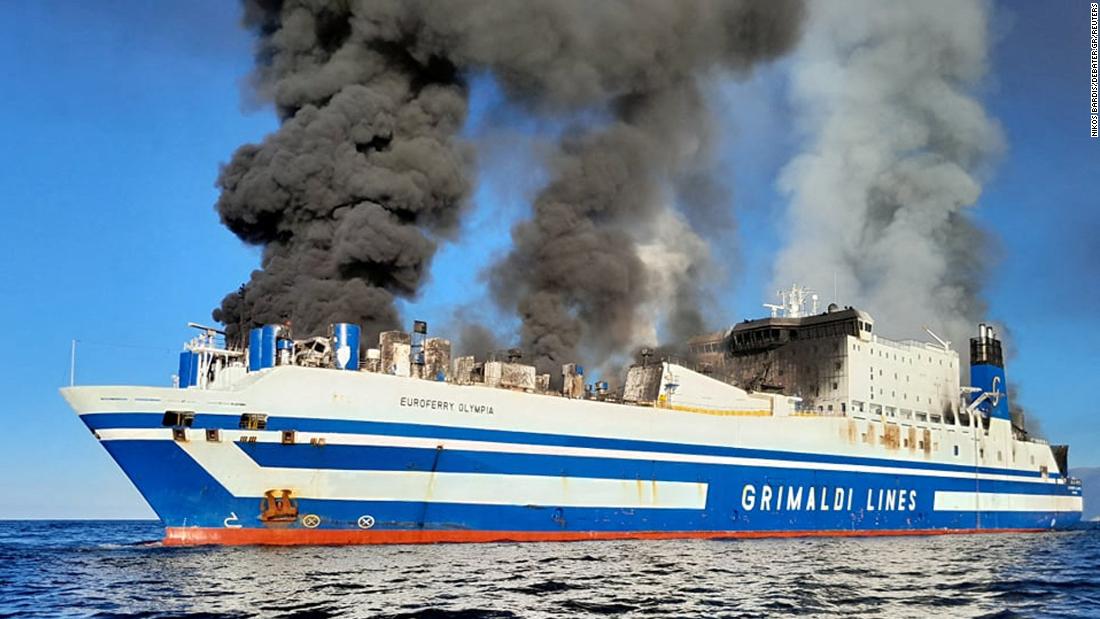 The Euroferry Olympia ship had 239 passengers and 51 crew members on board when it caught fire northeast of the island of Ereikousa, close to Corfu, prompting an evacuation.

The Coast Guard said 278 people have been rescued — among them one individual who was not on the official passenger list.

According to Reuters, most of the passengers boarded rescue vessels and were taken to the neighboring island of Corfu, where they were then registered.

In the statement, the Hellenic Coast Guard said the two people who remain trapped on board the ferry are foreign nationals.

Eight of the 11 missing passengers are also foreign nationals, while three are Greek nationals.

The ship was sailing under the Italian flag and was en route from Igoumenitsa in northwestern Greece to Brindisi in southern Italy when it caught fire.

The Coast Guard received a call about the fire on the ship around 4:30am local time.

A spokesperson for Grimaldi Lines, owner of the Euroferry Olympia, told Reuters that while the cause of the fire was under investigation there were indications it started within the ship’s hold.

A video published on the Greek news website Proto Thema showed the 600-foot (183-meter) ferry engulfed in flames amid plumes of smoke. “May Day” was blasting from the speakers.

Speaking on ERT, Corfu Hospital Director Leonidas Roubatis confirmed that three passengers with light injuries had been brought in as a precaution, and that an infant was also expected to be examined as a precaution.

In 2014, 10 people were killed when a car ferry carrying 466 passengers and crew caught fire while sailing from Greece to Italy.