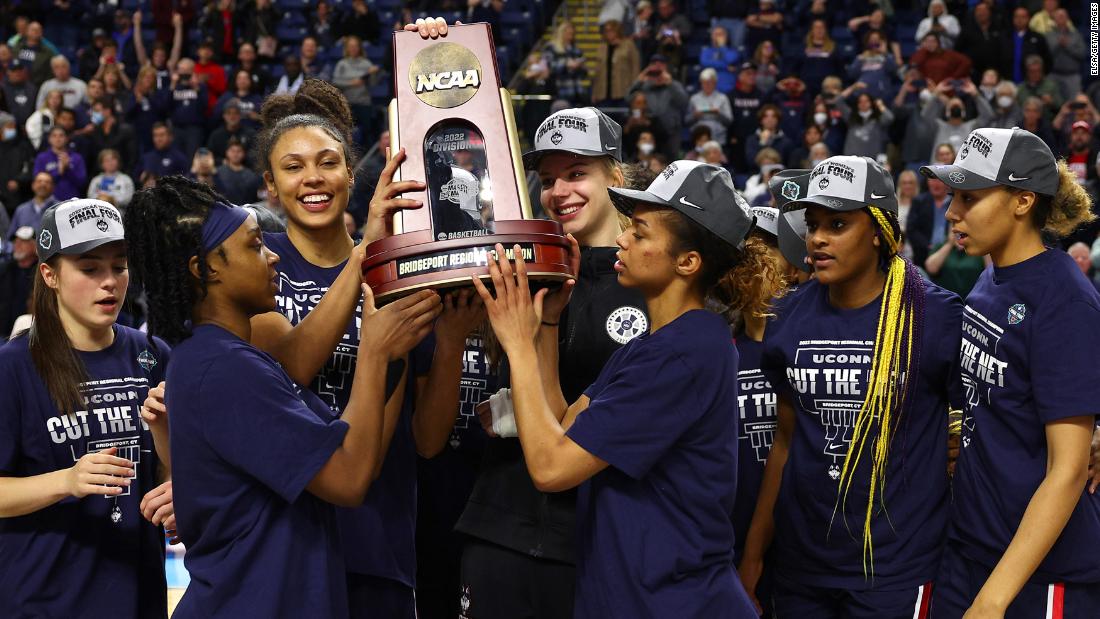 This is the first time in women’s NCAA tournament history a game in the Elite Eight or beyond needed double overtime, according to the NCAA. With the win, UConn advances to the Final Four for the 14th consecutive time.

“It’s one of the best games I’ve ever been a part of since I’ve been at UConn,” Huskies head coach Geno Auriemma said. “Regular season, postseason, it doesn’t really matter. It was just amazing the way the 10 kids that are on the court are playing for their lives. Nobody wants to lose, and everybody’s making big play after big play. Nobody backed down from the moment. It’s a shame one of us had to lose, right? It would be great if both of us could go. If there’s two teams out there better than this one, holy moly.”

Paige Bueckers led UConn with 27 points — 15 of those coming in the extra two periods. It was her best game of the season since returning from surgery to repair an anterior tibial plateau fracture and lateral meniscus tear. Bueckers suffered the injury on December 5 and had surgery December 13.

“Two days ago I said, win or go home, but we won, and I’m still going home,” Bueckers, who is from Hopkins, Minnesota, said to ESPN after the win. The women’s Final Four is in Minneapolis.

UConn will face No. 1 seed Stanford, the defending national champion, in the Final Four. The semifinal on the opposite side of the bracket will be No. 1 overall seed South Carolina against No. 1 seed Louisville.

The semifinal games are scheduled for Friday, while the championship game will be Sunday.

The Huskies, now 29-5 on the season, have had 11 different starting lineups this season due to a mix of illness and injuries. Still, they entered the NCAA tournament as a No. 2 seed. This regional final was held in Bridgeport, Connecticut, about 80 miles from UConn’s campus in Storrs. The crowd was heavily pulling for the Huskies, and the atmosphere felt like a road game for NC State, despite the Wolfpack having earned the No. 1 seed.