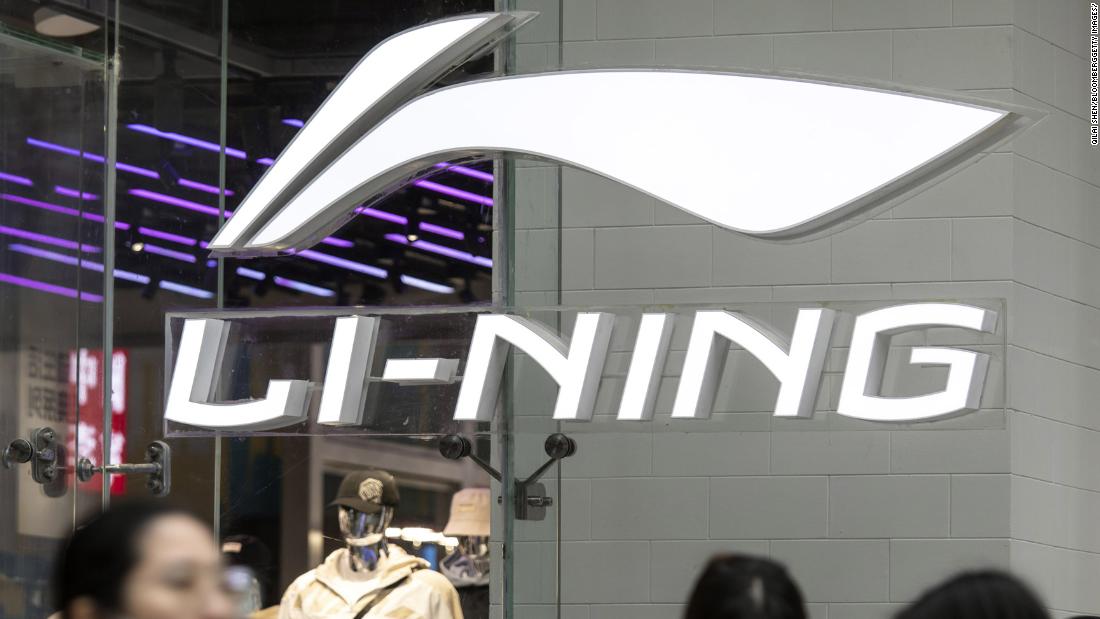 Starting this week, the company’s merchandise will be detained at all US ports, the CBP announced Tuesday.

“Such merchandise will not be entitled to entry unless the importer provides clear and convincing evidence that their merchandise was not produced with convict labor, forced labor, or indentured labor,” the agency said in a statement.

“If the company fails to provide clear and convincing evidence within this time frame, the merchandise may be subject to seizure and forfeiture.”

Li-Ning, which is based in Beijing, did not immediately respond to a request for comment.

The company is one of China’s biggest makers of sports apparel and sneakers, with a market cap of about 133.3 billion Hong Kong dollars ($17 billion).

It was founded in 1990 by a champion gymnast of the same name, and entered the US market about 10 years ago, citing a desire to get into “by far the largest sporting goods market in the world.”
Li-Ning has also made a splash by inking endorsement deals with NBA stars Shaquille O’Neal and Dwyane Wade.