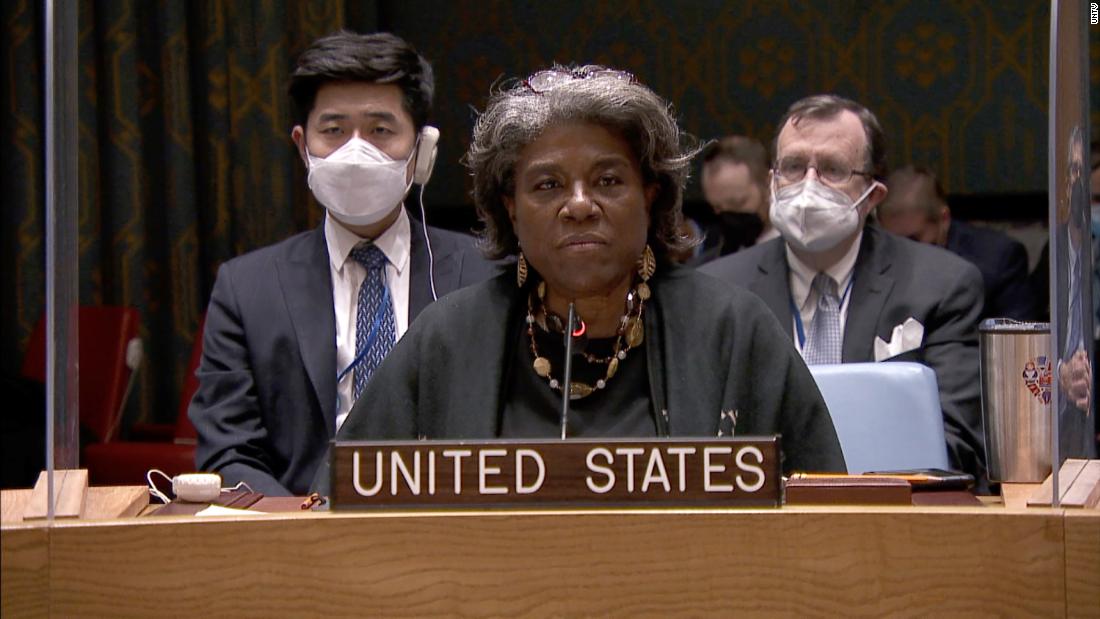 Thomas-Greenfield also said that the US has “not taken anything off the table” when asked about targeting the Russian energy sector with sanctions, which so far has not happened.

“We’re ramping up as the Russians ramp up, so there’s more to come. And while energy is not on — in this current announcement, it doesn’t mean it’s off the table, but we also want to do everything we can to protect our own economy from the impact of this,” she said.

She did not give a precise timing for when sanctions will hit the Russian Central Bank but said “this is happening very, very quickly.”