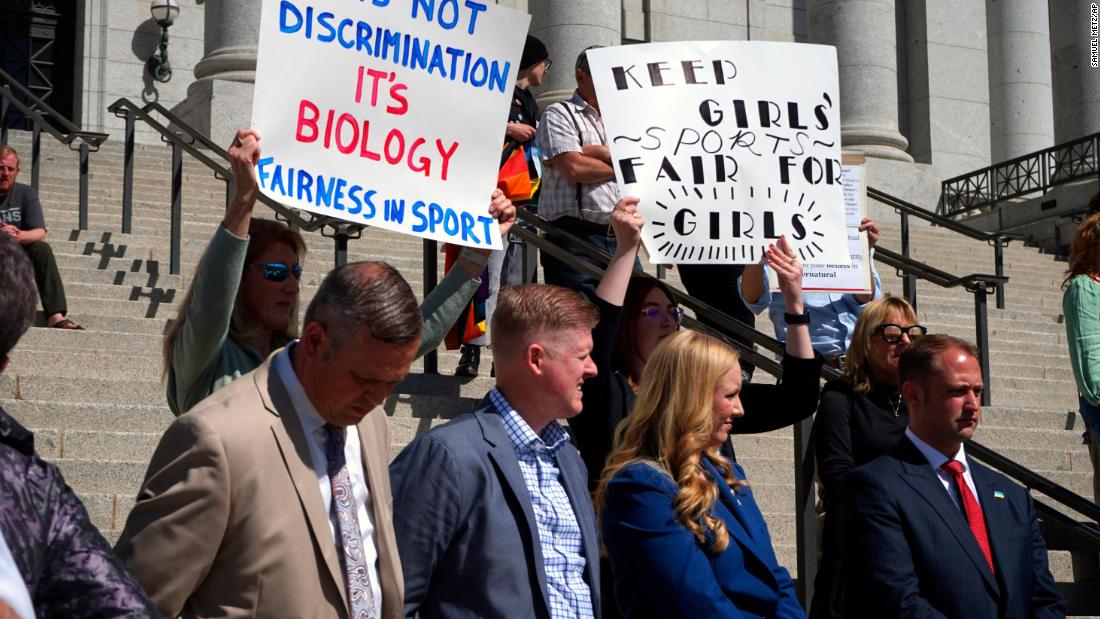 HB 11 had been vetoed earlier this week by Gov. Spencer Cox, who questioned the need for it and stressed that it targets a marginalized group that suffers from high rates of suicide.
But in a 21-8 vote by Utah’s Senate and a 56-18 by the state’s House, Republicans circumvented him to enact the legislation.

Utah’s law states that “a student of the male sex may not compete, and a public school or (Local Education Agency) may not allow a student of the male sex to compete, with a team designated for students of the female sex in an interscholastic athletic activity.” It defines “sex” as “the biological, physical condition of being male or female, determined by an individual’s genetics and anatomy at birth.”