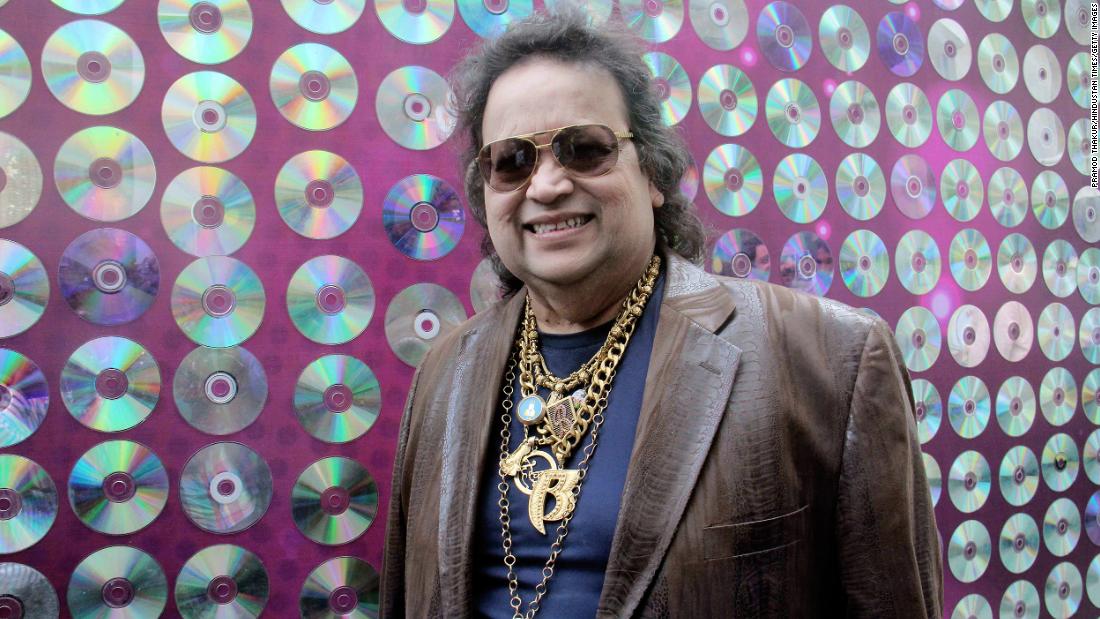 “Bappi Lahiri was suffering from obstructive sleep apnea (OSA) and recurrent chest infection,” Dr. Deepak Namjoshi from Criticare Hospital in the suburb of Juhu confirmed in a statement to CNN Wednesday.

OSA occurs when the muscles that support the soft tissues in the throat, like the tongue, temporarily relax, narrowing or closing your airway.

He had been hospitalized for 29 days before being discharged on February 15, according to Namjoshi.

“However after a day at home his health again deteriorated and he was brought back to Criticare hospital Juhu in a critical state and succumbed to his illness at about 11.45 p.m.,” Namjoshi said.

Lahiri, who was fondly referred to as “India’s Disco King,” was known for his love of 1970s-inspired dance beats. His signature hits, including the 1982 smash “Disco Dancer” from the Bollywood movie of the same name, helped to infuse Indian cinema with a lively, more contemporary sound.

India mourned his death Wednesday, with politicians and celebrities expressing their condolences on social media.

“People across generations could relate to his works. His lively nature will be missed by everyone,” Modi wrote on Twitter Wednesday. “Saddened by his demise. Condolences to his family and admirers. Om Shanti.”

Filmmaker Subhash Ghai said Lahiri “created a difference” with his music. “A noble talented master is no more but his music is with us,” he wrote on Twitter Wednesday.

Actor Akshay Kumar said Lahiri’s voice “was the reason for millions to dance, including me.”

“Thank you for all the happiness you brought through your music,” he wrote on Twitter.