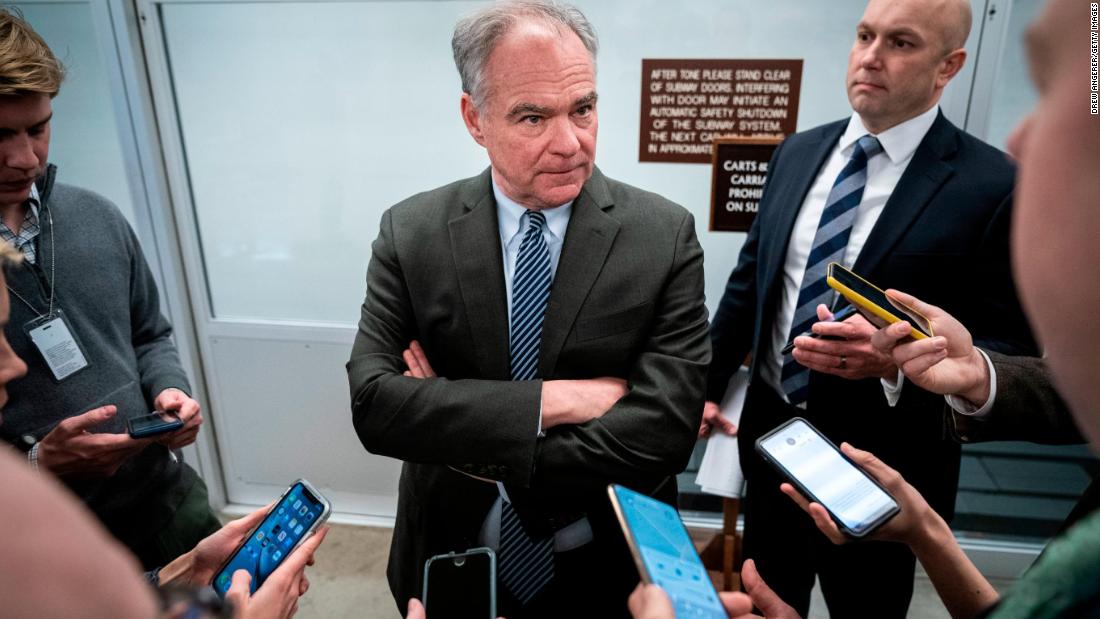 The Virginia Democrat said ever since he contracted the coronavirus in March 2020, he’s had full-body nerve tingling “like 24/7.”

“I describe it as like every nerve has had five cups of coffee, and it just hadn’t gone away,” he explained. “I can feel every nerve ending in my body right now.”

Kaine said he went to a neurologist who told him that these types of “neurological aftereffects of viruses” sometimes never go away.

“Maybe I have become comfortably numb,” he said. “This Covid was designed to make me sit more on the edge of my seat, which I do everywhere now. But the good news for me is it’s not debilitating, doesn’t stop me from working or exercising or anything.”

He noted that as he’s been talking more about his experiences with long Covid during Senate hearings and other places, many people have reached out to him “to share their own experiences or ask what do they do now.”

Kaine, who sits on the Senate Committee on Health, Education, Labor and Pensions, introduced legislation on Wednesday to help people living with long-term symptoms of Covid-19.

The bill would aim to improve research of long Covid by centralizing data on patient experiences, according to a summary of the legislation. It also would increase research to give recommendations that would improve how the health care system deals with the disease.

He acknowledged that it isn’t easy to address this disease as people report a whole spectrum of symptoms.

“The challenge with it is, is that the scope of symptoms is so broad,” he said, noting a wide variety of symptoms that include his neurological tingling, cardiac and respiratory symptoms, muscular symptoms or a mixture of things.

So, what the bill would do, he said, is “catalogue symptoms, do research into causes and therapies and then educate patients and providers.”

He introduced the bill, called the Comprehensive Access to Resources and Education (CARE) for Long COVID Act, alongside Sens. Ed Markey, a Democrat from Massachusetts, and Tammy Duckworth, a Democrat from Illinois, and noted it’s based on a House bill authored by Democratic Rep. Don Beyer of Virginia.

This comes also as the White House unveiled a plan to move the nation to a new stage of the pandemic. One key part of the plan, according to Health and Human Services Secretary Xavier Becerra, is to support Americans struggling with long-term impacts of Covid, including long Covid. The President on Tuesday said he was directing the federal government to accelerate its efforts to detect, prevent and treat long Covid.