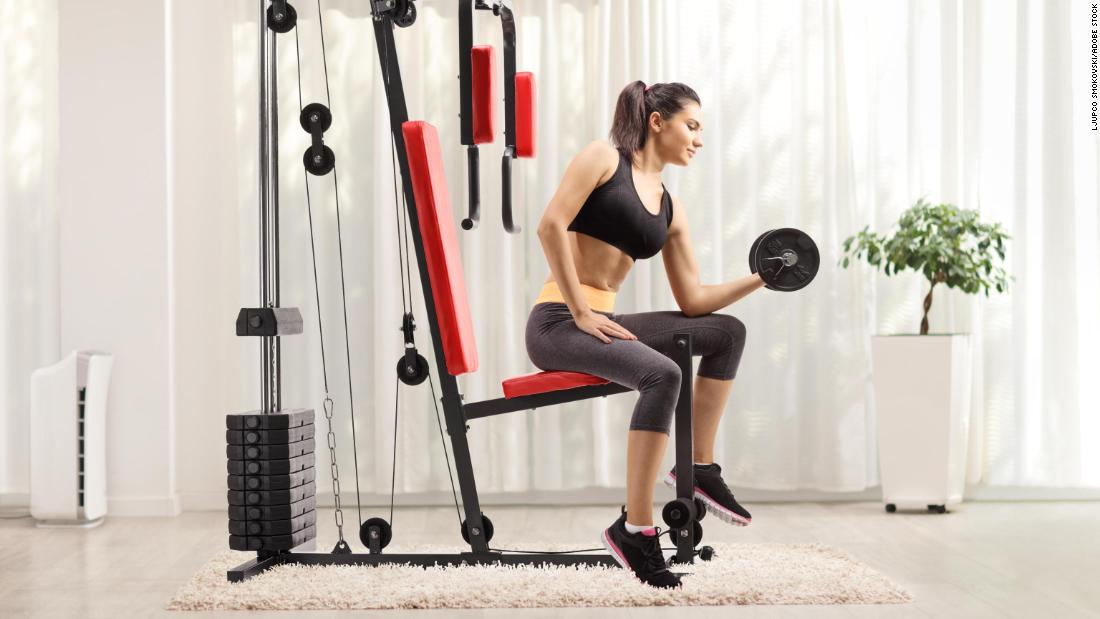 In fact, resistance training may even beat aerobic exercise in the race for best sleep aid, according to a new preliminary study presented Thursday at the American Heart Association’s Epidemiology, Prevention, Lifestyle & Cardiometabolic Health Conference.

“It’s well established in the science and evidence base that aerobic exercise is good for sleep,” said study author Angelique Brellenthin, an assistant professor of kinesiology at Iowa State University in Ames, Iowa. Kinesiology is the study of human movement.

“In our study, we found that resistance exercise appeared to go above and beyond aerobics or even a combined aerobic and resistance routine on several different sleep outcomes,” she said.

The study, which is not yet peer reviewed and published, found people doing only resistance training for a year increased their sleep duration at night, adding an average of 40 additional minutes of blissful zzz’s.

People who did only aerobic exercise for 12 months also benefited, but not as much. They added about 23 minutes of slumber each night, while people who did both types of exercise gained an average of 17 minutes a night.

“These are interesting but preliminary data showing that resistance exercise may be better (for sleep). This will need to be replicated,” said Dr. Bhanuprakash Kolla, a sleep psychiatrist and neurologist in the Center for Sleep Medicine and the Division of Addiction Medicine at the Mayo Clinic in Rochester, Minnesota. He was not involved in the study.

Exercise is one of the most important things you can do to improve your heart, brain and overall health, including getting a good night’s rest. But research has mostly focused on the role of aerobic exercise in sleep.

Aerobic means “with oxygen,” and it’s the sort of exercise that gets the heart revved for a sustained period of time — typically 15 to 30 minutes. Running, swimming, bike riding, rowing, jumping rope and brisk walking are typical types of aerobic exercise, along with team sports such as basketball.

Resistance exercise can include lifting free weights, using machine weights, elastic resistance bands or even the weight of your own body by doing lunges, squats, push-ups and chin-ups. Weight training adds strength by stressing the muscle fiber, forcing the body to build it back up.

“Our study is one of the largest and longest exercise trials in a general adult population, and to my knowledge the first study to directly compare the two types of exercise, aerobic and resistance,” Brellenthin said.

Another group used treadmills, ellipticals, and upright or recumbent bikes for their aerobic exercise, with observers monitoring their heart rate to keep it at a moderate-to-vigorous intensity level.

The study found that in addition to the additional 40 minutes of sleep, resistance exercise cut the number of times people woke during the night, improving their sleep efficiency by an additional 15 minutes, Brellenthin said.

People who did both types of exercise also improved their sleep efficiency, but not as much. The aerobic exercise and the control group, which did not work out, saw no benefit at all. People who already slept well also did not see an improvement in sleep.

Why would resistance exercise beat out aerobic when it comes to quality sleep? No one yet knows, Brellenthin said, but she has some theories.

One is that weight training stimulates a growth in muscle cells, which boosts levels of testosterone and growth hormone in the body, “and both of these hormones have been linked more broadly with better, deeper sleep,” she said.

“Another theory might be that when you do weight training, those microscopic tears in tissue that forces the muscle to adapt are sending a stronger signal to the brain to put the person in a deeper state of restoration at night,” she said. “We think the reason we sleep at all is that it’s a restorative process that allows the brain to replenish and repair the body.”

Add resistance to your routine

“Aerobic certainly provides its own host of health benefits,” she said, pointing to current government activity guidelines which encourage adults to do at least 2.5 to 5 hours of moderate-intensity, or 2.25 to 2.5 hours of vigorous-intensity, aerobic activity each week if they want “substantial health benefits.”

Current guidelines also say adults should do muscle-strengthening activities of moderate or greater intensity “that involve all major muscle groups on 2 or more days a week.”

“I think the take-home message should be that if you have sleep concerns, you might want to make a conscious effort to include the resistance training in your week,” Brellenthin said. “And you might get more comprehensive, longer-term health benefits and better sleep by doing both types of exercise.”