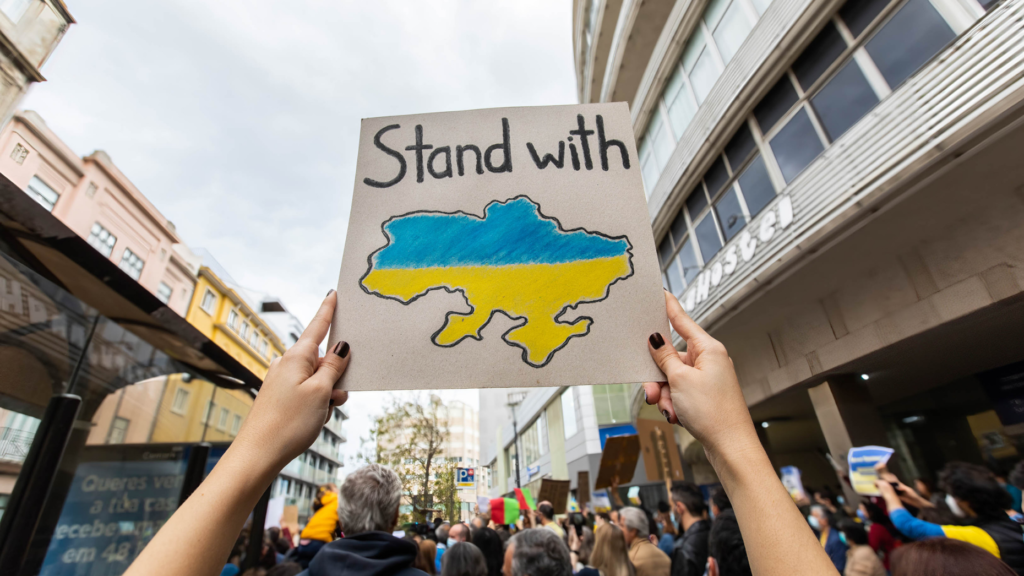 The war in Ukraine is personal for the founders and employees of PandaDoc, a San Francisco-based unicorn that employed nearly 200 workers in the country when Russia invaded.

Many big tech companies, including Snap, Lyft, Cisco and Google, depend on employees in Ukraine. A document workflow automation platform and eSign solution for mortgage lenders and other businesses, PandaDoc employs about 800 people worldwide, in countries including Ukraine, Portugal and Poland.

The company’s co-founders — Belarusian natives Mikita Mikado and Sergey Barysiuk — were gathered with the company’s leadership team in Lisbon, Portugal, when Russia invaded Ukraine, according to PandaDoc Vice President of Marketing Leonard Callejo.

The company quickly marshaled resources to help its Ukrainian colleagues, including some who had traveled to Lisbon and were unable to go home, Callejo posted on LinkedIn.

“From using Slack to remain in contact with our fellow Ukrainian Pandas and helping them find transportation and homes away from danger, to providing them additional emergency financial aid, to providing temporary housing for those who were caught with us in Lisbon and cannot go home, the entire PandaDoc company has united — it has been truly inspiring and moving!” Callejo wrote. “I am proud to be a Panda and excited about what we will accomplish together!”

Anna Khromey, PandaDoc’s vice president of corporate development, said the company continues to pay its Ukrainian workers — including those who are engaged in the fight to defend their country — and is actively recruiting new Ukrainian talent.

“PandaDoc stands with Ukraine,” Khromey reported last week on LinkedIn. “If you are seeking a job right now, please check out our list of open roles below. Most locations are flexible since we are a remote first company.”

PandaDoc, which announced a Series C financing round at a $1 billion valuation in September, currently lists more than 100 job openings on the company’s website, including 11 based in Ukraine.

“We continue to employ and have allocated additional financial aid to each team member that was based in Ukraine whether they had to seek safety abroad or stayed in Ukraine,” Khromey wrote. “We continue hiring Ukrainian talent everywhere. Our HR team is working 24/7 to help all impacted teams across countries.”

Khromey said PandaDoc will “continue to pay salaries to those Ukrainian employees who are bravely defending their country, whether they are part of the Army or Volunteer Territorial Defence. When Ukraine defeats this invasion and the war is over (WHEN and not IF), we will DOUBLE DOWN ON OUR INVESTMENT IN UKRAINE. We are committed to rebuilding the economy together.”

She said PandaDoc and many of its executives have made a donation to NovaUkraine to help supply medical and “tactical aid” to Ukraine.

Mikado, PandaDoc’s CEO and co-founder, made a plea for the Stanford, California-based nonprofit on his LinkedIn page.

“Donate to NovaUkraine.org,” Mikado wrote. “I know these guys and vouch for the organization.”

Mikado has also shared on LinkedIn his dismay at having been contacted by a representative of a consulting firm, Sparity, who allegedly wanted to know if PandaDoc needed help outsourcing work.

“I was going through your company profile and found that you are leveraging resources from Ukraine,” the email said. “With the uncertainty around, wanted to know if you need a technology partner like Sparity who can quickly align with your other global teams and make sure your project’s deadlines doesn’t get effected [sic].”

In posting the email on LinkedIn, Mikado dismissed it as “disgusting,” saying, “Apparently they reach out to companies with R&D in Ukraine offering to move it out ‘due to uncertainty.’”

Sparity did not respond to requests for comment from Inman. A spokesperson for PandaDoc said company executives are not available to talk about Ukraine.

PandaDoc CEO Mikita Mikado’s LinkedIn profile features the hashtags #stopwarinukraine and #standwithukraine against a blue and gold backdrop, the national colors of Ukraine.

According to news reports, Mikado had a connection to Tatiana Perebeinis, the chief accountant for Palo Alto startup SE Ranking, who was killed by a mortar shell along with her son and daughter as they tried to flee Irpin, a suburb of Kyiv.

The Irish news site Independent.ie and others reported that Mikado was able to identify Perebeinis on Instagram, where Mikado wrote that he was an investor in SE Ranking.

“There are no words to describe our grief or to mend our pain,” SE Ranking posted on LinkedIn the day after Perebeinis, 43, was killed with her daughter, 9, and son, 18. “But for us, it is crucial to not let Tania and her kids Alise and Nikita remain just statistics. Her family became the victim of the unprovoked fire on civilians, which under any law is a crime against humanity.”

Although Belarus is an ally of Russia, allowing its territory to be used by Russian forces to stage attacks, many Belarusian citizens oppose the country’s authoritarian leader, Alyaksandr Lukashenka, who has served as the country’s first and only directly elected elected president since 1994.

According to the CIA World Factbook, Lukashenka “has steadily consolidated his power through authoritarian means” that include restrictions on political and civil freedoms, freedom of speech and the press, peaceful assembly, and religion. Restrictions on political freedoms have “grown increasingly strained” following a disputed presidential election in August 2020.