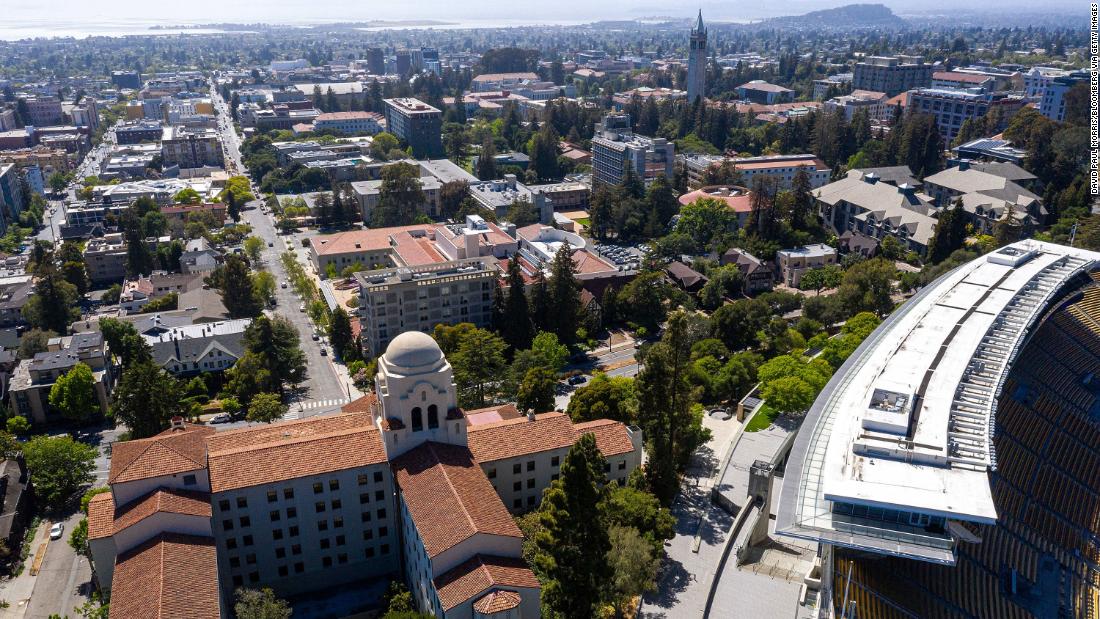 At the University of California, Berkeley, the issue has become a legal quandary.

The university tried to appeal the decision, but the California Supreme Court rejected it in March. It sent UC Berkeley into a tailspin, as the school suddenly had to find ways to rescind thousands of acceptance letters to students set to begin classes during the fall 2022 semester.
The solution came in the form of rapid legislation. The state legislature quickly pushed a bill through, ensuring that enrollments at UC Berkeley, or any other state colleges in the future, could not suddenly be restricted in the name of environmental protections. Gov. Gavin Newsom signed the bill into law on March 14.

Save Berkeley’s Neighborhoods wasn’t happy, claiming that the decision will only exacerbate housing issues facing students and Berkeley residents.

“Despite overwhelming evidence that UC has failed to house and support students, increasing rates of student homelessness, and increased campus crowding to the point that many students can’t graduate in four years, the bill allows UC to continue its rapid enrollment growth with no mitigation even where a court finds that UC has failed to analyze or mitigate population growth impacts,” the group said in a press release following the decision.

For now, the issue has essentially been kicked down the road. But rising housing costs and housing affordability is a crisis that has spread across the country. And for students, the issue is especially pertinent.

Affordable housing for college students is an issue everywhere

At the heart of the problem in Berkeley is that there simply isn’t enough affordable housing to go around. But Berkeley’s situation isn’t unique: Across the country, housing affordability has grown increasingly dire, and the issue is here to stay, said Mark Huelsman, the director of policy and advocacy at The Hope Center, a higher education research center at Temple University.

“It’s obviously incredibly acute in places like the Bay Area and California more broadly,” Huelsman said. “But this issue is definitely going to bleed over across the country, especially in places where the cost of housing has started to rise even faster over the last couple years.”

Even if the neighborhood group had succeeded in restricting Berkeley’s student population, students in other college towns could struggle to afford housing, too, Huelsman said. The student housing issue wouldn’t have been solved in any meaningful way, instead it would have simply become someone else’s problem.

In Berkeley’s case, the university is in a relatively wealthy area that has, in the past, been hesitant to build more housing for students or other communities that need affordable housing. The city has also historically been resistant to building anything other than single family housing, and only just ended exclusionary zoning last year.

Meanwhile, the city has remained one of the most expensive places to live in the country, leaving students struggling. More than 24% of students attending the school lacked a safe and adequate place to sleep, according to a 2021 survey by UC Berkeley.

To put it bluntly: When it comes to housing, many students are stuck. Nearly half of college students — 48% — experienced housing insecurity during the pandemic, according to a 2021 report by The Hope Center, while one in seven students experienced homelessness. Even more striking, those numbers were just as high before the pandemic: In 2019, 46% of respondents reported being housing insecure the year before, and 17% reported being homeless.

The fault lies with the housing market, not with students

What makes college student housing specifically so challenging is that, unlike other groups, college students are constantly moving — changing places of residence once a year, sometimes more.

In conversations with Berkeley alumni, many say rent used to be $80 a month, Canedo said. Those same addresses, now, can cost students up to $2,500 for a single room.

At the same time, federal aid has been slow to match the increasing costs of attending college. The Pell Grant, one of the most prolific grants for higher education, in 1975 covered 79% of tuition, fees, room, and board at public four-year universities, according to the Center on Budget and Policy Priorities.

“We’re actually providing less resources to students today … than we did in the ’70s. And that’s heartbreaking,” Canedo said. “We’re not making college more accessible and more affordable, rather it’s the opposite.”

Living on campus might not always be an option, either. Depending on the city, on-campus housing is sometimes just as expensive, if not more, than off-campus housing options. And some colleges, like Virginia Commonwealth University, require on-campus students to purchase meal plans. Others may not allow students to have a car, or make them pay extra for parking.
In conversations about student housing, students are often painted as the aggressors, flooding local neighborhoods and driving housing prices up. In Chapel Hill, North Carolina — home of the University of North Carolina-Chapel Hill — the Northside neighborhood has been a case study of this exact phenomenon. A historically Black enclave, the number of Black residents in Northside dropped by 40% from 1980 to 2010, according to the Marian Cheek Jackson Center, a group working to preserve historically Black neighborhoods in the city. The decline was largely caused by rental investors buying up property, and renting to students at higher prices, driving longtime locals away.

But the students aren’t the ones at fault, Canedo said. The housing market takes advantage of the transient reality of many students, whose money often comes from added debt or multiple jobs.

“College students are not driving the cost up,” he said. “The housing market is.”

Despite the events in California, the key question remains: What does a solution look like?

It starts with a lot more housing, and a lot more resources and relief, Huelsman said. And not just for students — for everybody.

“Student housing affordability is a reflection of affordability, or lack thereof, across an area or across a community,” he said. “To solve the housing affordability crisis, you need one, more housing, and two, more relief for those who are more likely to afford their monthly bills or their rent. There basically needs to be a lot more resources thrown at the problem.”

The lack of housing affordability can also mean less people attending college, Canedo said, an issue that has already been exacerbated by the pandemic. One report from January found that there are 1 million fewer college students enrolled in schools since before the pandemic began. But even prior to 2020, college enrollments had steadily been in decline, dropping about 1% each year. Rising housing costs certainly don’t help.

Just as colleges try to recruit faculty and administrators with promises of housing, Canedo would like to see those tactics applied to students.

“I want to believe that within our lifetime, our universities — from a moral status, from a policy status, from an accountability status — are going to prioritize the ensuring of safe, accessible and sustainable housing for their students as much as many of them do for their faculty and their administrators,” he said.

For now, affordable college housing is increasingly elusive. Though Berkeley may have succeeded in delaying the issue, it remains just that: an issue. And the longer solutions take, the more everyone loses.