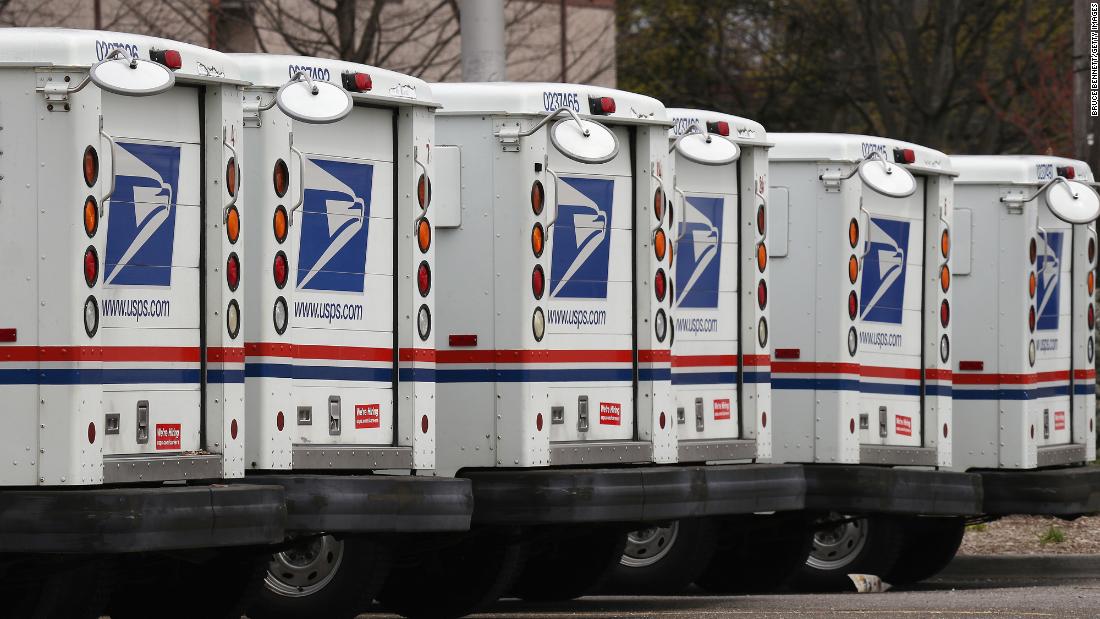 After clearing the House 342-92 last week, the legislation is headed to the Senate, where Majority Leader Chuck Schumer has vowed to push for a vote this week.

House Oversight and Reform Chair Carolyn Maloney, a New York Democrat who sponsored the legislation in the House, said in a statement that the “historic bipartisan vote brings us one step closer to finally putting the Postal Service on a sound financial footing so it can continue serving all Americans for years to come.”

But what exactly is in the bill, and how will it affect most Americans? Here’s what you need to know:

The Postal Service Reform Act would require retired postal employees to enroll in Medicare when eligible, while dropping a previous mandate that forced the agency to cover its health care costs years in advance.

Those two measures would save the USPS nearly $50 billion over the next decade, according to the House Oversight Committee.

The legislation would also require the USPS to create an online dashboard with local and national delivery time data.

Why are the USPS’ finances so dire?

Established in 1775 to promote the free exchange of ideas across the colonies, the Postal Service is among the country’s oldest government institutions — yet it operates with few of the financial benefits of being a federal agency while still bearing many of the costs.

Unlike other government agencies, the USPS generally does not receive taxpayer funding, and instead must rely on revenue from stamps and package deliveries to support itself.

And unlike private courier services such as UPS and FedEx, the USPS does not get to set its own prices or excise unprofitable routes. Instead, Congress sets the postage rate and stipulates that the Postal Service delivers to all homes in America — including a remote community in the Grand Canyon, where the mail is delivered by mule.

How has low funding hampered the USPS?

Most recently, Postmaster General Louis DeJoy said that USPS’ “dire financial condition” has inhibited the service from modernizing, including from replacing the vast majority of its aging vehicle fleet with electric trucks.
DeJoy said last year that longer first-class mail delivery times and cuts to post office hours across the country are among the changes in his 10-year plan for the agency.

Does the bill go far enough to address the USPS’ challenges?

While lawmakers from both parties have hailed the legislation as an important step for the USPS, Paul Steidler, a postal service expert at the Lexington Institute, told CNN it doesn’t go nearly far enough.

“The bill is woefully insufficient because it does nothing to improve mail service. It takes the pressure off of the Postal Service to better understand and to reduce its costs. And it doesn’t sufficiently empower the Postal Regulatory Commission, which right now is very small and has very tiny resources compared to the Postal Service.”

What does this bill mean for mail-in ballots in future elections?

“This legislation is not going to affect that in any way, positively or negatively,” Steidler told CNN.

Millions of Americans voted by mail in 2020, despite then-President Donald Trump’s constant attacks on the process. Comprehensive studies of billions of ballots cast over many years indicate that the rate of voter fraud is less than 0.0001%, and Americans are likely to continue voting by mail in future elections.

“They did a great job in the 2020 election in terms of getting things delivered on time. And so there’s every reason to expect that that’s going to continue this year in 2022,” Steidler said, noting that election mail “is a very small fraction of the total amount of mail that the postal service handles.”

Why do we even need an efficient USPS?

“Because almost all Americans still rely on it at different times for important business correspondence, legal correspondence, notices from government, including the IRS, Department of Motor Vehicles,” Steidler said. “The US Postal Service is the only organization that can deliver the mail.”

“Mail remains very important. It is especially important for those in rural communities, for the poor, for those who are disabled, and the numbers speak for themselves.”