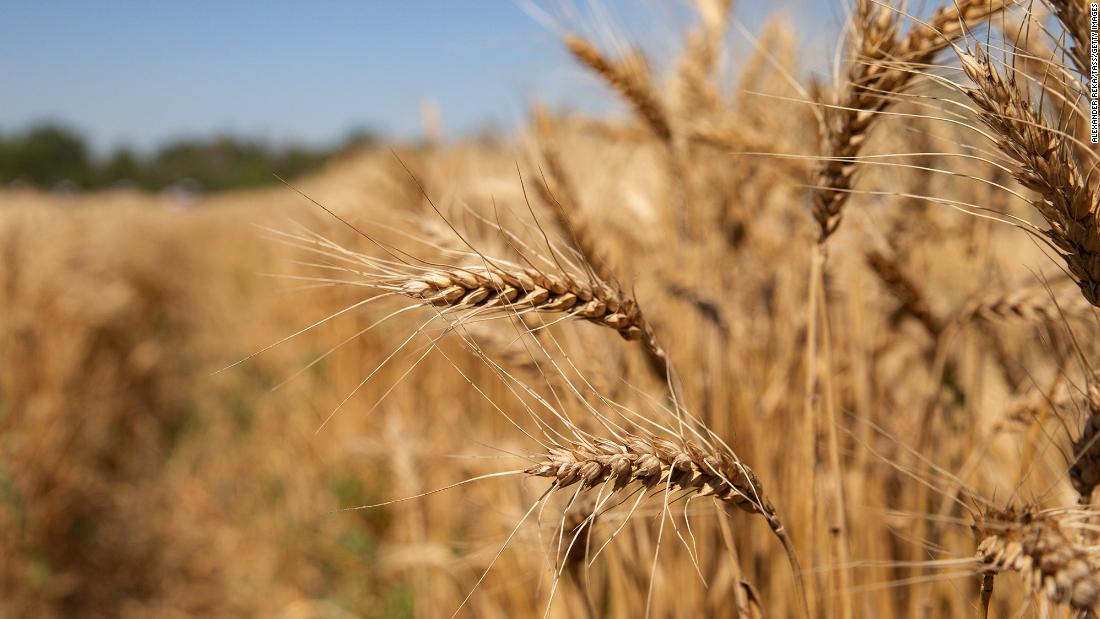 Russia is the world’s top exporter of wheat. Ukraine is also a significant exporter of both wheat and corn. That’s sending prices for grains on a bumpy ride as investors assess the potential for conflict.

“There’s certainly volatility based on what is going on,” said Peter Meyer, head of grain analytics at S&P Global Platts.

Interference in shipments of wheat or corn from Russia and Ukraine could exacerbate food inflation, most notably in parts of the world that depend on them for supplies.

Global food prices rose as much as 28% in 2021, according to the Food and Agriculture Organization of the United Nations, and are expected to continue to climb this year due to persistent supply chain issues.

“Ukraine is a major exporter of wheat and corn and any disruption to its exports would lead to a spike in global prices,” said Ophelia Coutts, a Russia analyst at the global risk consultancy Verisk Maplecroft. “A combination of high food and energy prices will accentuate a cost-of-living crisis and increase the potential for civil unrest in many places, particularly in Africa and the Middle East.”

Sanctions on Russia as the result of an invasion could also scramble markets. Even if agricultural products aren’t targeted directly, cutting links to the global financial system would have consequences.

The primary worry among investors and market analysts is that Russia could block Ukraine’s ports in the Black Sea to put pressure on the country during a military incursion.

Russia and Ukraine still need to ship about 15 million metric tons of wheat from their latest harvests, according to Tracey Allen, an agricultural commodities strategist at JPMorgan.

“We are seeing Russia make moves in terms of its navy, and I think that could be a concern for flows of goods,” said Michael Magdovitz, a senior commodity analyst at Rabobank.

Meyer of S&P Global Platts said his biggest concern is that farmers in Ukraine may not be able to receive shipments of necessary products like fertilizer ahead of the upcoming planting season.

One of the most disruptive outcomes for grain markets would be if Western countries decided to place an embargo on Russian wheat exports. The country accounts for roughly 20% of the global wheat trade, according to analysts at ING. Top buyers include Turkey and Egypt.

But Magdovitz said such a move is unlikely, since it would also hurt some of the world’s poorest people.

“The market is not seeing, I don’t think, the embargo-type tactics that may be levied on a different area of the Russian economy,” Magdovitz said.

Yet penalties on other parts of Russia’s economy, like its banks, could still have knock-on effects for the country’s commodities trade.

“Sanctions against financial institutions (and possibly even cutting Russia off from the SWIFT system) could make trade more difficult,” ING analysts said last month, referring to the Society for Worldwide Interbank Financial Telecommunication, or a system that serves as the plumbing for global finance.