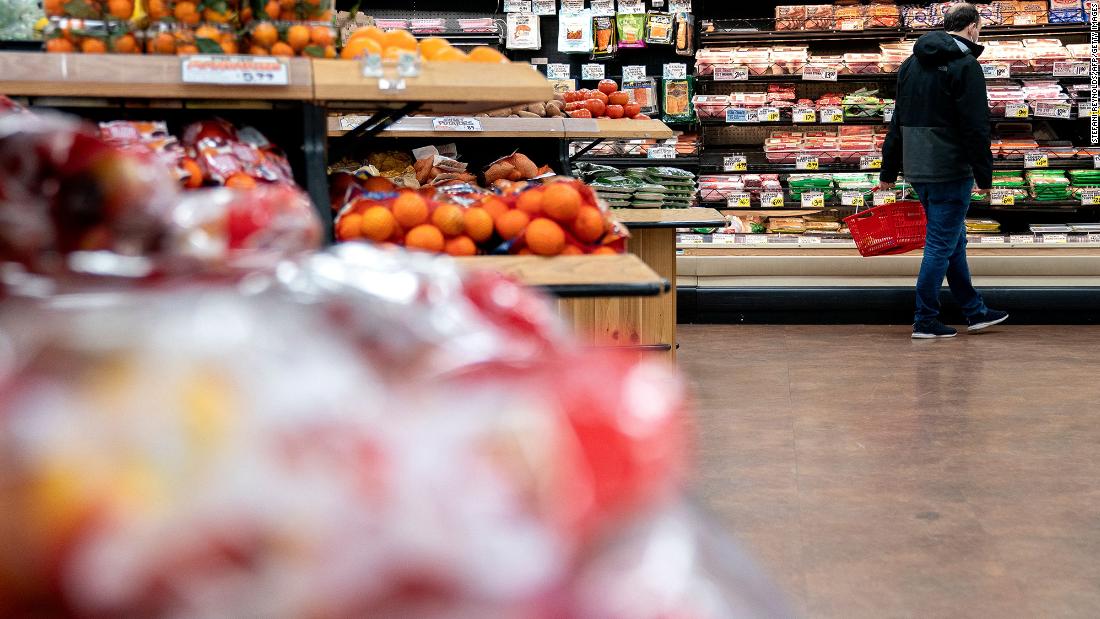 Good luck with that.

Sure, the Fed has been telegraphing its moves lately. Nobody can accuse Fed Chair Jerome Powell of being secretive or speaking in code the way former Fed chief Alan Greenspan did. That’s why the market is now widely expecting a half-point rate hike at the Fed’s next meeting in May.
“Powell is saying all the quiet parts out loud,” quipped Dean Smith, chief strategist with FolioBeyond, an investment firm that manages a Rising Rates ETF. The fund invests mainly in cash, mortgage-backed securities and Treasury bonds as a way to hedge against inflation worries.

Smith said that he thinks the Fed may raise rates by a half-point twice this year.

“Inflation doesn’t moderate on its own. You have to kill it. It doesn’t die from natural causes,” Smith said.

Powell said in a speech earlier this month that he hopes the Fed can engineer a “soft-ish” landing with rate hikes, meaning he doesn’t want higher rates to lead to a severe slowdown in growth — or a recession.

But history shows that can be difficult.

“A soft-ish punch in the face can still hurt. This is not going to be pleasant or fun,” Smith said. “The way to break inflation, for better or for worse, is to cause a recession. Hopefully, it can be a mild recession.”

Higher interest rates may not just cause an economic downturn. It likely will lead to a slump in profit growth, too. That could be bad for investors who have gotten used to (some might even say spoiled by) interest rates at zero.

“What has held up the stock market over the past few years is monetary stimulus. Full stop,” said Mark Yusko, CEO and chief investment officer of Morgan Creek Capital Management.

Fed tightening should push mortgage rates, which have already started to climb, even higher. That could be a problem for the overheated housing market.
There is typically a lag of a few months between when the Fed hikes rates and when they start to hurt consumers. So the housing market could really slow in the latter part of 2023, said Gabriela Santos, global market strategist at JPMorgan Asset Management, on the most recent CNN Business Markets Now show.

With all that in mind, there are growing concerns about stagflation — the combination of stagnant growth and higher inflation.

Some worry that the Fed can do little to stop the inflation part of the equation with rate hikes, particularly because oil and other commodity prices are surging because of Russia’s invasion of Ukraine and continued supply chain disruptions from the pandemic.

“Commodity-based inflation will still be here as rates go higher. So there is a little more concern about the economy. This is harder for the Fed to fix. There are certain things out of their control,” said Wayne Wicker, chief investment officer at MissionSquare Retirement.

But others hope that the Fed will be able to navigate the delicate tightrope and start to slow inflation pressures without crushing consumer demand.

“What the Fed is doing is best for the economy,” said Andrew Hiesinger, founder and CEO with Quant Data.

“It can take a year for rate hikes to affect the market. If the Fed is not overly aggressive, there could be a positive reaction to higher rates,” he added. “If there is no shock and awe from the Fed, then the economy could have sustainable growth.”

Job market still a bright spot for the economy

Future Fed rate decisions may largely depend on what happens with the job market. Wage growth, a key driver of inflation, slowed in February, even as the economy added a better-than-expected 678,000 jobs and the unemployment rate fell to 3.8%.

Investors and economists would love to see a similar story when the government reports March jobs numbers on Friday.

Wall Street is predicting payroll growth will slow a bit, with forecasts for a still healthy addition of 488,000 jobs. The unemployment rate is expected to dip to 3.7%.

As long as the labor market remains strong, experts argue that the economy should continue to post steady growth, even while the Fed is raising rates.

“To have stagflation, the economy needs to be stagnating. At present, there’s little evidence of such,” said Linda Duessel, senior equity strategist at Federated Hermes, in a recent report.