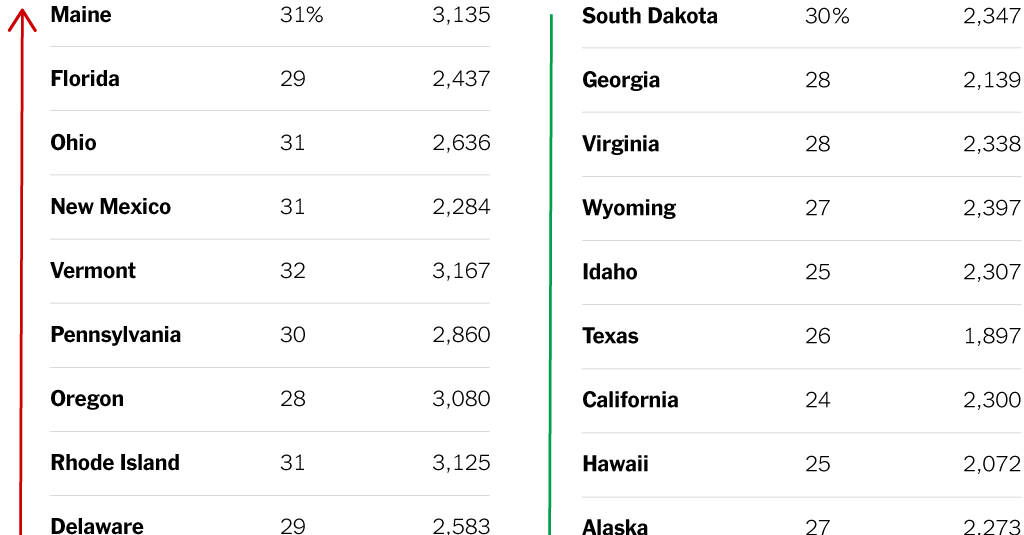 Being single can come with logistical, economic and emotional challenges. Whether or not one is solo by choice, loneliness can set in.

A Pew Research report found that among respondents age 65 and older, 36 percent reported being single — not married, living with a partner or in a committed romantic relationship — and that over the past 10 years, dating has become more difficult for many of them. This quickly growing segment of the population, often widowed or divorced, is particularly prone to isolation. Are there places where there are fewer people that are alone?

To try and answer the question, AgingInPlace.org, a site that offers resources and guidance for seniors, devised several metrics to rank each of the 50 U.S. states and the District of Columbia from most to least likely to be lonely. The metrics included the share of single-person households, the share of divorced and widowed residents, and the use of dating and friendship apps. All metrics were weighed equally to reach the final rankings.

Surprisingly, the study’s two least-lonely states were ones with low population densities and lots of unpopulated land: Utah, where the study found the lowest share of divorced people, and Alaska, with its unusually low number of widows and widowers. That’s great for the people who are there, but it may make it more difficult for a single person to find a companion.

Blustery Maine, with the largest share of divorced people (tied with Nevada) and the largest per capita rate of dating app searches, was found to be the place most prone to loneliness. Florida, a go-to retirement state, had a large cohort of widowed people and many older divorced singles, making it the study’s second most lonely state.

This week’s chart shows the 10 states found to be most prone to loneliness and the 10 where loneliness might be least likely, as well as some of the data considered.