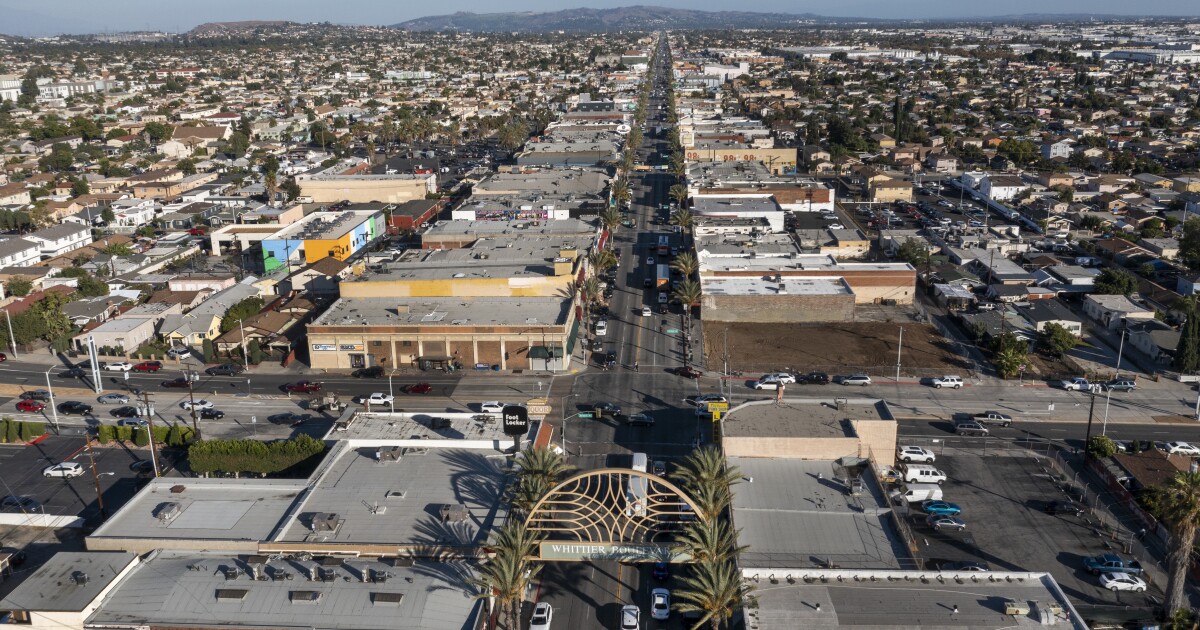 It’s been called a racist relic of California’s past, a rule that has stalled vital affordable housing developments for decades.

But it’s been difficult for California to repeal Article 34, a state constitutional provision that requires cities to get voter approval before they build “low-rent housing” funded with public dollars.

No other state constitution similarly requires voter approval for public housing, according to the California Constitution Center at UC Berkeley’s law school.

Earlier attempts to repeal or weaken the provision faltered, and now a plan for seeing its repeal this year might be delayed.

Here’s an examination of Article 34 from the pages of The Times:

The article is a provision of California’s state Constitution that requires voter approval before public housing is built in a community.

At the time it passed in 1950, the real estate industry argued taxpayers should have a right to vote on low-income housing projects because they were publicly funded infrastructure similar to schools or roads. The campaign also appealed to racist fears about integrating neighborhoods and featured heated rhetoric about the need to combat socialism.

What is its history?

Article 34 grew out of a fight in the northern coastal city of Eureka. Residents there collected signatures to overturn a decision to build public housing financed by a federal program inaugurated during the New Deal. But in 1950, the state Supreme Court ruled the acceptance of federal dollars wasn’t subject to a referendum and residents couldn’t block the development.

The California Real Estate Assn., the forerunner of today’s California Assn. of Realtors, came up with a ballot initiative later that year to combat the Eureka decision and require a public vote before public housing could be built. Realtors argued that residents should be able to weigh in on such a project because it could create taxpayer debt.

But the campaign, which coincided with the start of the Korean War, was about more than giving voters a say. In the Realtors’ internal newsletter, Charles B. Shattuck, the organization’s legislative committee chairman, wrote that public housing threatened capitalism.

Newspaper ads paid for by the Realtors also blamed “minority pressure groups” for pushing public housing. At the time, the Realtors’ Code of Ethics included a provision barring agents from integrating neighborhoods on the basis of “race or nationality” if doing so would be “clearly detrimental to property values.”

The initiative passed by fewer than 50,000 votes.

What was the impact?

The rule stymied low-income home construction in California for decades, including a decision to abandon public housing in Los Angeles’ Chavez Ravine neighborhood and build Dodger Stadium instead.

Article 34 also weakened efforts to integrate suburban communities across the state and led to a landmark U.S. Supreme Court case that had the effect of allowing government policies nationwide that discriminate against poor people.

By 1969, voters across the state had turned down nearly half the public housing that had been proposed in Article 34 elections — 15,000 units — and many housing agencies didn’t hold elections, fearing that their plans would be rejected. A federal Department of Housing and Urban Development report at the time found that California had the nation’s largest population of poor people but ranked 22nd in the amount of housing available for them. The report blamed Article 34.

What has happened recently?

Article 34 is much less of a barrier to low-income housing construction than it used to be. Over the years, funding sources for such projects have changed. When private developers set aside a portion of homes in a project for low-income residents or housing is funded by federal or state tax credits, a vote is not required.

Courts also have decided that local governments can hold elections to authorize an overall number of public housing units to be built in future years rather than go to voters for each individual project. And residents became friendlier to Article 34 elections, with around 80% of referenda approved by the early 1990s, according to a report by the state Department of Housing and Community Development.

But efforts to fully repeal Article 34 are repeatedly failed. Three times state lawmakers have put efforts to remove or weaken Article 34 before voters, and all three efforts were defeated at the ballot box.

In 2020, state legislators began another attempt. But they’ve been hesitant to place a repeal of Article 34 on the ballot because they’ve been unable to find interest groups willing to fund what is expected to be a multimillion-dollar campaign in favor of getting rid of it.

The dark side of California affordable housing (2019)