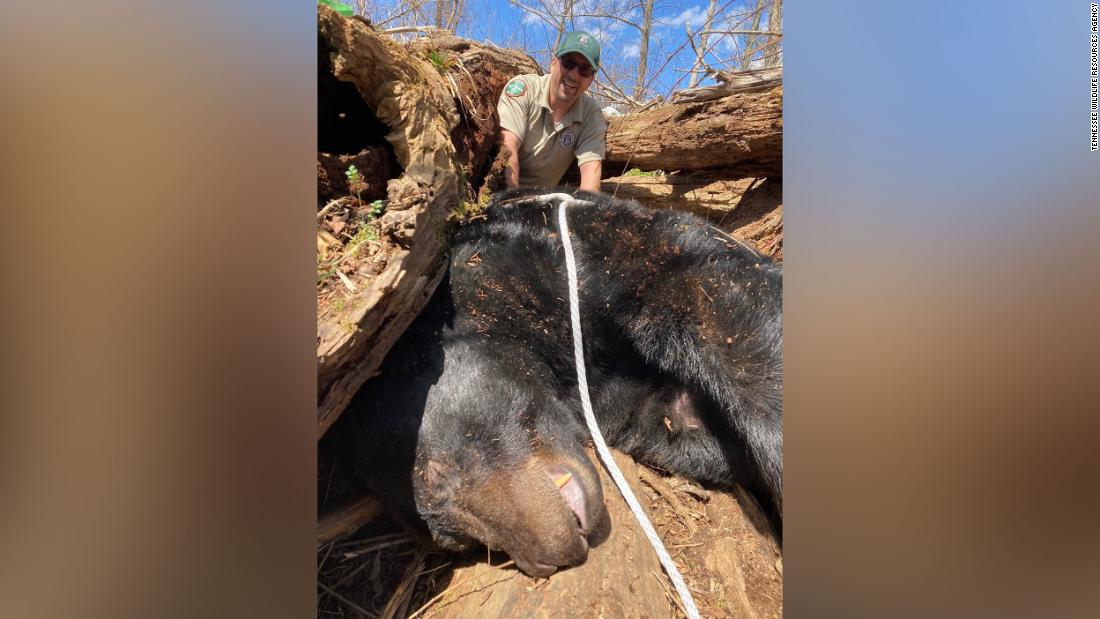 The bear was living near the Tusculum University campus in Greeneville. In a Facebook post, the agency said the bear “had become habituated to human and unnatural foods.” The large bear had made a habit of eating garbage, bird seed, and pet food, and “ramped up its activity and property damage last year.”

At 500 pounds, the animal is at the upper limit of a black bear’s size, according to the agency.

Hoping to avoid a dangerous interaction with residents, officials with the wildlife agency and Greenville Fire Department tranquilized and relocated the bear to a remote area of the Cherokee National Forest in eastern Tennessee.

Reports of nuisance bears — those getting too close to human property or become used to eating human food — tend to rise in April, as the bears emerge from their winter dens and search for food, the agency said.