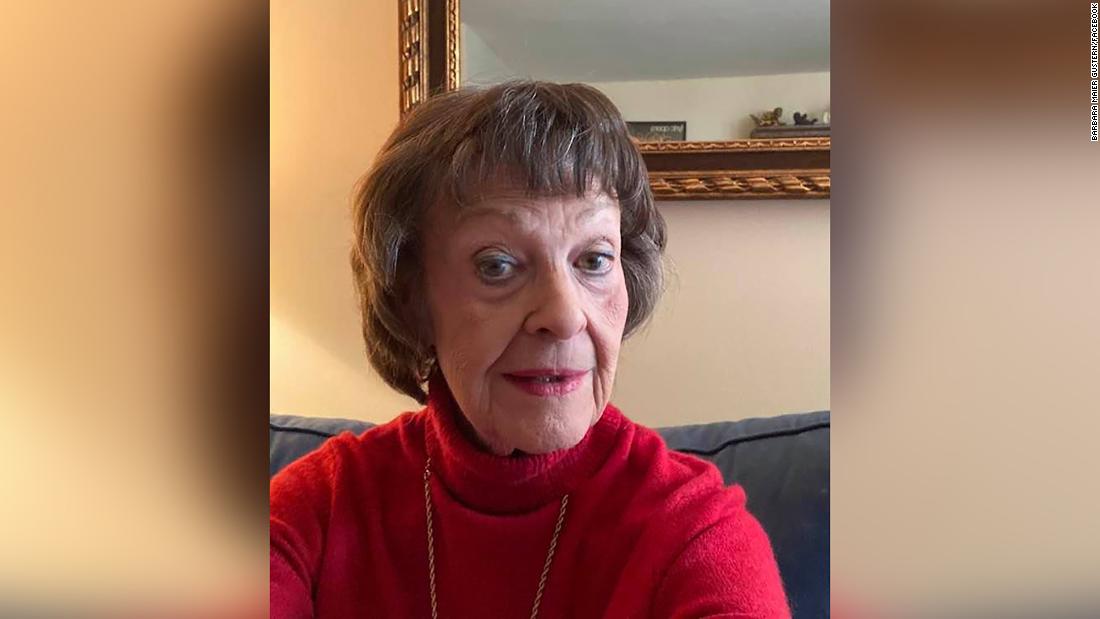 Lauren Pazienza, 26, was arraigned Tuesday afternoon on one count of first-degree manslaughter and two counts of second-degree assault. Judge Michael Gaffey set Pazienza’s cash bail at $500,000. She did not enter a plea, according to Naomi Puzzello and Caitlyn Fowles, spokespeople for the Manhattan DA’s Office.

Vocal coach Barbara Maier Gustern suffered a head injury from the March 10 attack and later died from her injuries.

“Lauren is very relieved to be heading home to be with her family. Tomorrow, they will have the Guster [sic] family in their thoughts and prayers on the day of Ms. Guster’s funeral,” Attorney Arthur Aidala wrote in an email to CNN.

Aidala said earlier this week he “anxiously await[s] the production of the discovery material by the District Attorney’s Office.”

Police said Gustern was pushed from behind by a woman on the night of March 10 as she stood outside her apartment in Manhattan’s Chelsea neighborhood.

Prosecutors said Pazienza crossed the street in the Manhattan neighborhood of Chelsea, allegedly called Gustern a derogatory name and pushed her “as hard as [Gustern] had ever been hit in her life.” There was “no apparent reason” for the alleged attack, the criminal complaint said.

An eyewitness to the assault took Gustern into the lobby of her apartment building, according to Associate District Attorney Justin McNabney. Emergency Medical Services transported her to the hospital where she later died on March 15 after being removed from life support, McNabney said.

The New York City Office of Chief Medical Examiner concluded the cause of death was blunt force trauma to the head, according to the criminal complaint.

“We have lost one of the brightest little flames to ever grace this world,” Gustern’s grandson, AJ Gustern, wrote in a Facebook post last week. “Bobbob, I love you, you are and always will be my heart.”

After the attack, surveillance footage appeared to show Pazienza allegedly staying in the area for at least 20 minutes, McNabney said. Video appears to show her allegedly witnessing the ambulance arriving at Gustern’s apartment about 13 minutes after the attack, he said.

Prosecutors accuse Pazienza of attempting to evade apprehension for the attack. In order to avoid arrest, Pazienza allegedly deleted her social media and her wedding website, though she had set a wedding date for June, according to McNabney.

She also allegedly left New York City, went to her parents’ house on Long Island, and stopped using her cellphone, instead keeping it at her aunt’s house to avoid discovery, McNabney said.

An anonymous tip revealed Pazienza was on Long Island with her parents, but when police arrived at their house, Pazienza’s father said she was not home, McNabney said.

Pazienza’s attorney later called the police and arranged for Pazienza to turn herself in on Tuesday, after evading arrest for nearly two weeks, McNabney said.