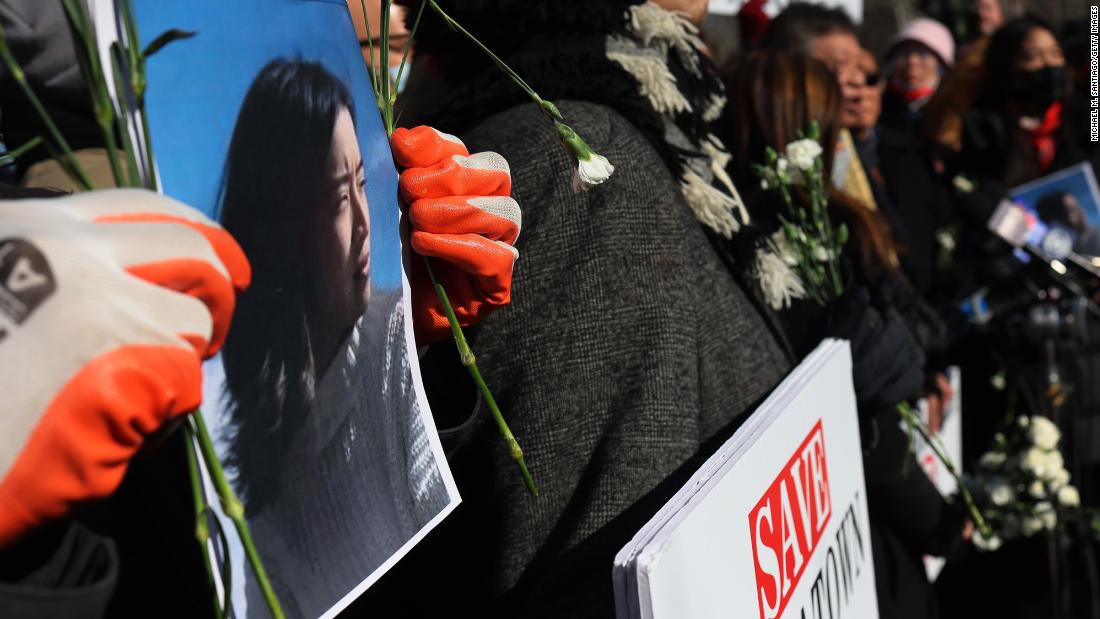 Surveillance video from the entrance of the Chrystie Street apartment in Manhattan’s Chinatown neighborhood shows Christina Yuna Lee, 35, entering the building around 4:20 a.m. and a man pushing the door open as it closed behind her and following her inside, according to a complaint filed by the Manhattan District Attorney’s Office.

The man, identified by investigators as Assamad Nash, allegedly followed Lee up to the sixth floor of the walk-up apartment while remaining about a flight of stairs below her, according to the video evidence described in the complaint.

When Lee reached the apartment and entered, the man ran to her door and pushed his way inside, according to the complaint. Someone in the building heard a female voice screaming for help, coming from the area of Lee’s apartment, and police responded to a 911 call of a dispute, the complaint says.

Responding officers heard a woman calling for help from inside the apartment when they arrived at about 4:25 a.m., the complaint says, but could not get into the apartment at that time. It’s unclear why officers couldn’t immediately enter the apartment. CNN has reached out to the NYPD for comment.

“… they hear the victim calling for help from inside the apartment but then she goes quiet,” the complaint says.

“The defendant imitated a voice of (a) woman when he was in the apartment and said they didn’t need police,” the complaint says.

According to the complaint, at one point, Nash attempted to flee the apartment.

“The Defendant tries to get out through the fire escape but sees an officer on the roof above him and goes back in — the officer saw a yellow object in his hand,” the complaint says.

The NYPD’s Emergency Service Unit was called to the scene and officers were able to enter at approximately 5:40 a.m., prosecutors say. Once inside the apartment, prosecutors say officers found Lee on the bathroom floor, naked from the waist up, with more than 40 stab wounds, according to body camera footage described in the complaint.

Prosecutors say that body camera footage shot by police, after making entry, shows Nash was found hiding under the bed with a stab wound to his torso and cuts on his hands and torso. A yellow-handled knife was found behind a dresser in the same room, according to the evidence from the district attorney’s office.

He’s scheduled to appear in court again Friday, Manhattan district attorney spokeswoman Naomi Puzzello said. Prosecutors say they will request that he is held without bond.

Prosecutors say that Nash was out on supervised release on three other open cases, including at least one case where he allegedly punched a stranger on a subway.

It’s not clear whether Lee’s race or ethnicity played a role in the attack, or whether the NYPD’s Hate Crimes Task Force is involved in the investigation, but the killing of an Asian woman in Chinatown has again raised fears in in New York City and across the country where Asians have been affected by an increase in anti-Asian violence in recent years, advocates say.

“I and New Yorkers across the city mourn for the innocent woman murdered in her home last night in Chinatown and stand with our Asian brothers and sisters today,” New York Mayor Eric Adams said. “The mission of this administration is clear. We won’t let this violence go unchecked.”

CNN’s Mirna Alsharif and Kiely Westhoff contributed to this report.