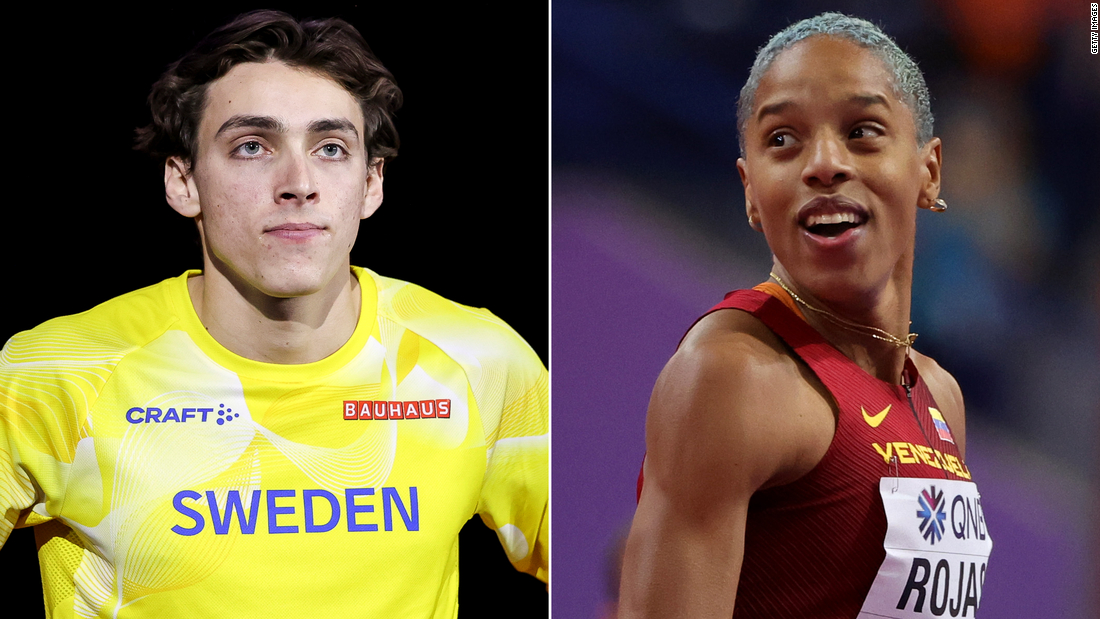 Sweden’s Duplantis cleared 6.20 meters at the third time of asking, one centimeter better than his previous best set in the same Stark Arena in Belgrade just two weeks ago.

“The sky’s the limit. Another title, another world record — it’s been a pretty good day. Going over 6.20m for the first time, it’s hard to explain. It’s something that you can only dream of,” Duplantis said following his record-breaking feat.

It is the fourth world record that the US-born Duplantis has set and he now holds the four highest pole vaults in history.

With such record-breaking jumps, Duplantis has already accumulated multiple titles during his short career and is cementing his status as the sport’s greatest ever athlete. Currently, he is the reigning European indoor and outdoor champion, the Olympic champion and now the world indoor champion.

Rojas, meanwhile, jumped 15.74 meters to claim her stunning gold medal, seven centimeters further than her previous record of 15.67 meters set at the Tokyo Olympic Games. Before the Venezuelan’s jump in Tokyo, the world record had stood for 26 years after it was set by Inessa Kravets.

Rojas jumped over 15 meters four times in Belgrade, breaking the world record on her sixth and final attempt.

Like Duplantis, Rojas is currently dominant in her discipline. She holds both the indoor and outdoor world records, is the reigning Olympic champion and has won three consecutive world indoor golds.

“I was born to jump 16 meters,” she said after her latest triumph, setting out her future aims. “This is what inspires me to inspire others to achieve their dreams, and help athletics remain the best sport in the world.”

Now, Duplantis and Rojas will turn their attention to winning a world outdoor title in Eugene, Oregon, in July.